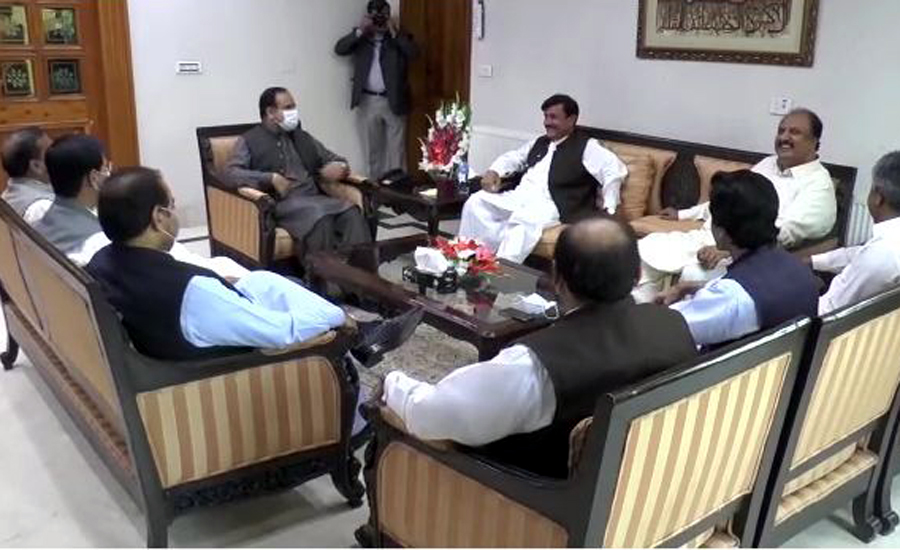 LAHORE (92 News) – A delegation of the Jahangir Tareen Group called on Chief Minister Sardar Usman Buzdar and apprised him of their reservations.

They also presented their stance about bureaucracy, problems in their constituencies and policy-making.

He said that the PTI was their party and their unconditional association with it would continue.

Speaking on the occasion, Chief Minister Sardar Usman Buzdar said that his doors were open for all. "We are united under the leadership of PM Imran Khan. It is not our habit to practice the politics of revenge," he added.