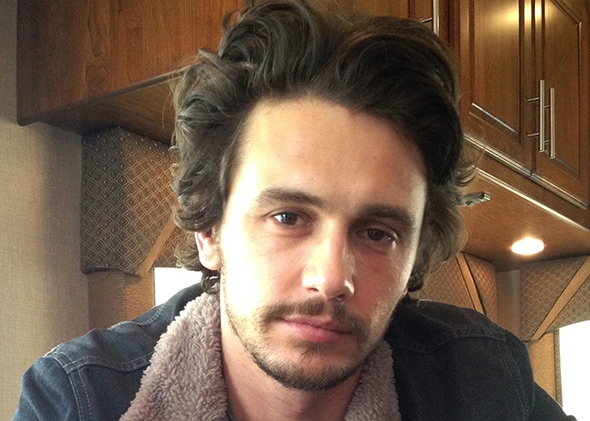 NEW YORK - James Franco, actor, director, writer, teacher and the star of the new film, "The Adderall Diaries," thrives on the variety of his multiple pursuits and has no plans to narrow his focus. "The Adderall Diaries," which is based on the 2009 true-crime memoir by author Stephen Elliott and premiered at the Tribeca Film Festival, was the first book Franco optioned to make into a film. But rather than getting behind the camera, he took it to writer/director Pamela Romanowsky. The two previously collaborated on "The Color of Time" about the life of poet CK Williams. "The movie is about a guy struggling with who he is, with his art and how he represents himself in his art with his past," Franco said in an interview. The 36-year-old actor was appearing on Broadway last year in a revival of John Steinbeck's "Of Mice and Men" when he shot the film in New York. He said the harried schedule added to his portrayal of the edgy, Adderall-abusing author he plays in the movie. "The variety is what attracts me," Franco said about his work on stage, in films and in print. "I plan to keep doing all of those things. If I did any one of them exclusively then I would get a little tired of it or feel the constraints of that medium." In the film Franco plays Elliott, a successful novelist struggling with writer's block, troubled relationships and a fondness for drugs. His career is on the skids after he is caught lying about his father and troubled past. "The way we tell our story makes us who we are," Romanowsky said about the film. "Memory is very unreliable, malleable and changes a lot." Elliott becomes fascinated with the 2007 trial of a computer programmer who is accused of murdering his wife, seeing it a way of reviving his career. But it also rekindles his own violent memories. When Elliott's estranged father, played by actor Ed Harris, reappears in his life after a long absence he is forced to confront his past. "It sounds like, in some ways, a wild, crazy life but when he captures it for his book it becomes really interesting and a revealing study of a person dealing with his past, and his emotions and relationships," said Franco. "For me, what is most interesting is the examination of self, in life and in art." - Reuters