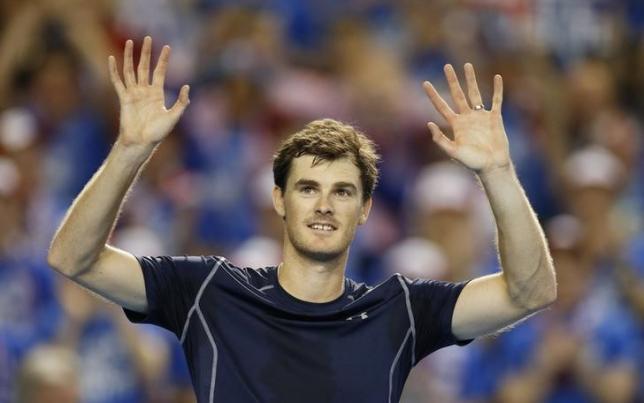 LONDON - Jamie Murray will become Britain's first world number one professional tennis player since computerised rankings were introduced in the 1970s after the ATP World Tour confirmed on Sunday he will take top spot in doubles from Marcelo Melo. The 30-year-old, whose brother Andy is ranked world number two in singles, will take top spot from the Brazilian when the new rankings are published on April 4. Britain's Lawn Tennis Association hailed Murray on Twitter as a history maker. Murray won the Australian Open doubles title in January alongside Brazilian Bruno Soares. Melo's failure to reach the doubles quarter-finals in the Miami Open on Sunday means he will drop points and fall behind Murray in the rankings, despite the Briton's earlier elimination. "He really deserves it," the BBC quoted Melo as saying. "He made the final in Wimbledon, final U.S. Open, won the Davis Cup, won the Australian Open, so he deserves it a lot. I'm happy for him." Murray posted a picture on his Instagram account of himself sitting on a beach with the number one written in the sand. "Last night I went to bed wondering if that was the closest I would ever get," he said. "Today driving in my car my phone started to go crazy." Britain's Virginia Wade was also world number one in women's doubles in 1973, before computer rankings were introduced. -Reuters