Jammu Martyrs’ Day being observed on both sides of LoC today 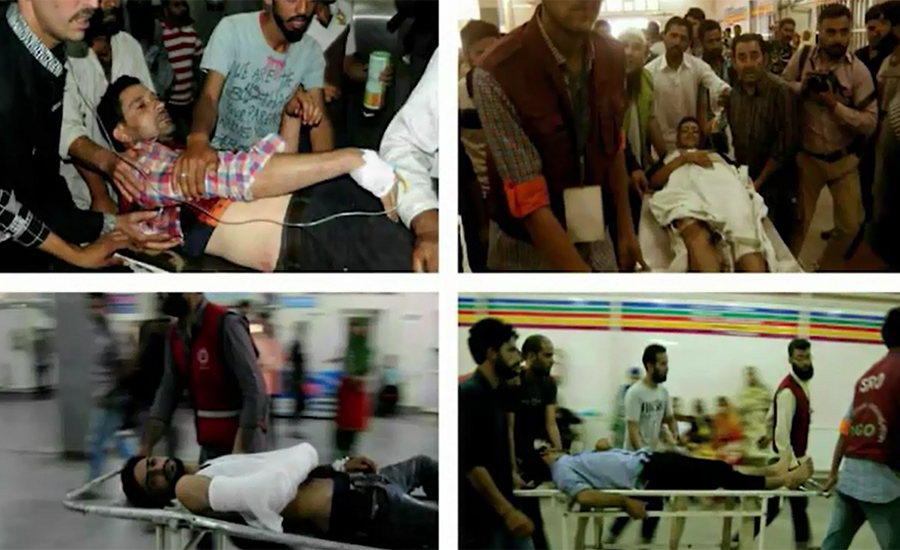 Jammu Martyrs’ Day being observed on both sides of LoC today

MUZAFFARABAD (KMS) – Kashmiris on both sides of the Line of Control and world over are observing the Jammu Martyrs’ Day to reaffirm the resolve to continue the martyrs’ mission till the realization of their inalienable right to self-determination. Hundreds of thousands of Kashmiris were massacred by the forces of Maharaja Hari Singh, Indian army and Hindu extremists in different parts of Jammu region while they were migrating to Pakistan during the first week of November in 1947. APHC leaders in their statements have paid glowing tributes to the Jammu martyrs. All Parties Hurriyat Conference chairman Syed Ali Gilani, Mohammad Ashraf Sehrai and Mirwaiz-led Hurriyat forum in their different statements denounced the civilian killings by Indian troops in Shopian and other parts of the territory. Syed Ali Gilani said people are killed, harassed, tortured and threatened with dire consequences by the men in uniform. Tehreek-e-Hurriyat Jammu and Kashmir Chairman, Mohammad Ashraf Sehrai urged the world community to exert pressure on India to stop its military aggression against the Kashmiri people. The Hurriyat forum led by Mirwaiz Umar Farooq, Jamaat-e-Islami and Democratic Freedom Party, in their statements and meetings in Srinagar, also denounced the Indian atrocities in the occupied territory. Meanwhile, a delegation of Tehreek-e-Hurriyat comprising Ghulam Mohammad Hurra, Mohammad Ayub and Mohammad Younis visited the residence of martyred Mohammad Amin Mir at Pampore in Pulwama on Tuesday to express solidarity with his family members. APHC leader Yasmin Raja also visited the victim family. Meanwhile, Indian troops in their fresh act of state terrorism martyred two Kashmiri youth in Shopian district. The troops killed the youth identified as Muhammad Idrees Sultan and Amir Hussain Rathar during a cordon and search operation in Safanagri area of the district.