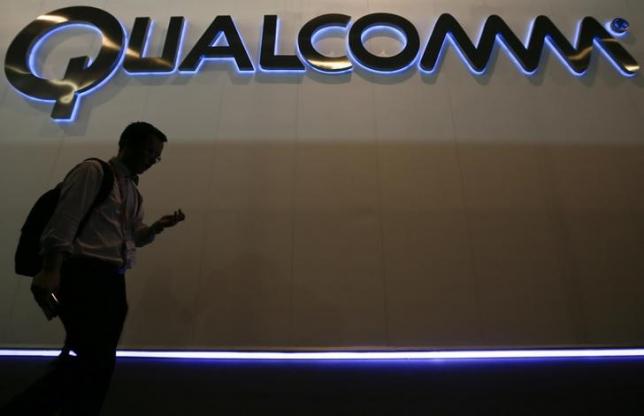 NEW YORK – Activist investor Jana Partners is asking Qualcomm Inc to consider spinning off its chip unit from its patent-licensing business to boost the chipmaker's sagging stock price, the Wall Street Journal reported, citing a quarterly letter that will be sent to Jana investors on Monday. Jana, one of Qualcomm's largest shareholders, is also calling on the company to cut costs, accelerate stock buybacks and make changes to its executive pay structure, financial reporting and board of directors, the newspaper said. (on.wsj.com/1EsowPH) Qualcomm said last month it would buy back up to $15 billion of shares and raise its quarterly dividend. The company also said it would continue to return at least 75 percent of its free cash flow to shareholders annually. In the letter, Jana said the buyback is a positive step but Qualcomm needs to do more to capitalize on its strong position in the chip market. It said Qualcomm's chip business is essentially worthless at the company's present market value, the Journal reported. While the majority of Qualcomm's revenue comes from selling so-called baseband chips that enable phones to communicate with carrier networks, most of its profit comes from licensing patents for its widespread CDMA cellphone technology. Earlier this year, Qualcomm's longtime customer Samsung Electronics Co opted to use an internally developed processor for its new Galaxy S6 smartphone rather than Qualcomm's latest Snapdragon mobile chip. Jana executives and Qualcomm's management have held private discussions since late last year, the Journal said, citing a person familiar with the conversations. In the letter, Jana described the talks as constructive. Reuters could not immediately reach Jana Partners and Qualcomm for comment outside regular U.S. business hours. Shares of Qualcomm, which has a market capitalization of $114.08 billion, have fallen about 7 percent since the beginning of this year. –Reuters