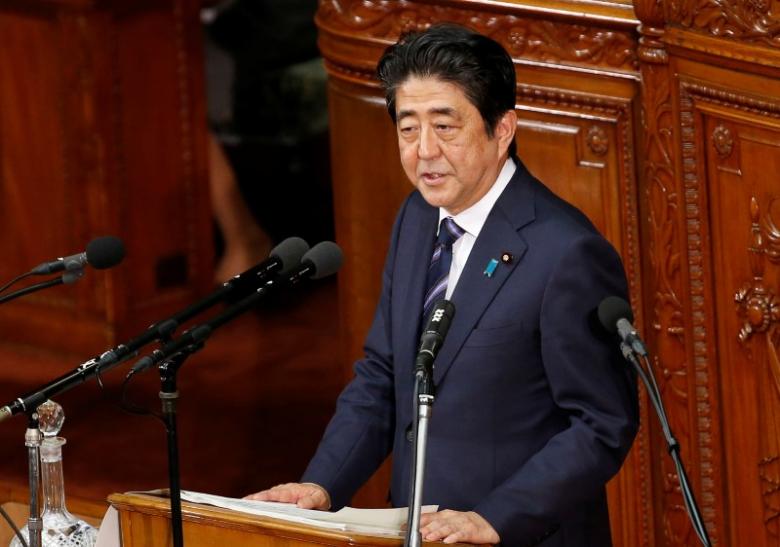 TOKYO - Japan on Tuesday approved a plan for its troops in South Sudan on UN peacekeeping operations to conduct rescue missions, amid critics' concerns the move risks embroiling Japanese soldiers in their first overseas fighting since World War Two. The new mandate, which will apply to troops to be dispatched to South Sudan from Nov. 20, is in line with security legislation enacted last year to expand the overseas role of Japan's Self-Defense Forces (SDF), as the military is known. "South Sudan cannot assure its peace and stability on its own and for that very reason, a U.N. peacekeeping operation is being conducted," Prime Minister Shinzo Abe told a parliamentary committee on Tuesday. "The SDF ... is carrying out activities that only it can do in a tough environment." The Japanese troops are in South Sudan primarily to help build infrastructure in the war-torn country, but under the new mission will be allowed to respond to urgent calls from UN staff and non-governmental organisation (NGO) personnel. Defence Minister Tomomi Inada has said the government does not envision Japanese troops rescuing other foreign troops. The government also plans to assign the troops another new role made possible by the new legislation, to defend UN peacekeepers' camps jointly with troops from other nations. Opponents of the move fear the mission will ensnare Japanese troops in fighting for the first time since World War Two. "Security is a concern. If it weren't dangerous, why would they need to carry guns?" said Kiro Chikazawa, a Tokyo civil servant who took part in a small protest near Abe's office. Other critics say the deployment violates conditions for peacekeeping operations set in line with Japan's pacifist constitution. "It goes without saying that the operation must be executed within the confines of the constitution and pertinent Japanese laws," said an October editorial by the Asahi newspaper. "But now, South Sudan is effectively in a state of civil war," the paper added. "Such being the case, we must opposed the assignment of rush-and rescue operations to the SDF." -Reuters