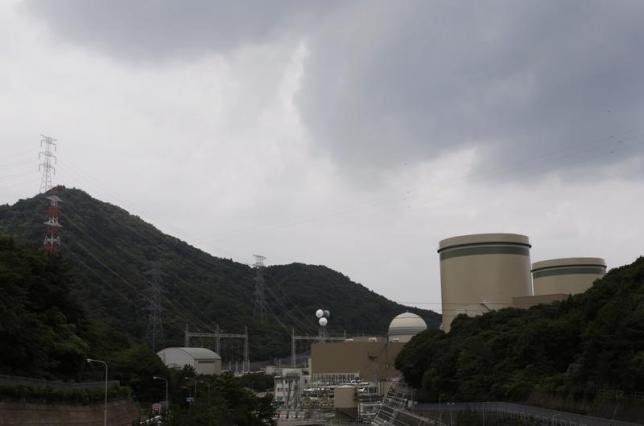 FUKUI, JAPAN - A Japanese court on Tuesday issued an injunction to prevent the restart of two reactors citing safety concerns, in a blow to Prime Minister Shinzo Abe's push to return to atomic energy four years after the Fukushima crisis. It is the second court ruling in less than a year against reactors operated by Kansai Electric Power, the country's most nuclear reliant utility before Fukushima. The ruling is a snub to Japan's beefed up nuclear safety after Fukushima and threatens to set back government plans to restart reactors deemed safe by the atomic regulator. Kansai's reactors, located on the coast of Fukui prefecture in western Japan, have met basic safety regulations set by Japan's Nuclear Regulatory Agency (NRA) and were expected to be restarted some time this year. "The fact that the court ruled in favour of the injunction after regulators had already given the go-ahead carries weight and will have an impact," said Hiroshi Segi, a former judge who is now critical of the judicial system because he feels it is often reluctant to challenge government policy. Local residents had sought an injunction against the No. 3 and 4 reactors at Takahama, arguing that restart plans underestimated earthquake risks, failed to meet tougher safety standards and lacked credible evacuation measures. Safety at the Takahama plant west of Tokyo cannot be assured and the regulator's standards "lack rationality," according to a copy of the ruling obtained by Reuters. "This is a decision that has a decisive impact on nuclear restarts," Yuichi Kaido, a lawyer for the plaintiffs told a group of supporters outside the court, who cheered and waved banners including one saying "The judiciary is still alive". Kansai Electric said it would appeal the decision, but it could mean months, even years of delays and hundreds of millions of dollars in losses for the utility, which is about to report a fourth annual loss since Fukushima. Japan's top government spokesman said their would be no change in policy. "There is no change to the government position to respect the NRA's decision and continue restarting plants," Yoshihide Suga told reporters. NUCLEAR RETURN The head of the Fukui court panel, Hideaki Higuchi, is regarded as a maverick in the conservative judiciary. He ruled against the restart of another Kansai Electric plant in May last year, delivering a scathing critique of the risk management of Japan's nuclear industry. Legal efforts by Kansai Electric to have Higuchi and the two other judges on the panel removed failed last week. Judges are now considering injunctions that could halt the restarts and indefinitely extend the countrywide shutdown of Japan's 43 operable reactors. A ruling on a similar injunction against a Kyushu Electric Power Co plant in southern Japan is scheduled for April 22. Kyushu Electric's Sendai station is "very close" to being approved for restart, an official at the regulator told Reuters last week. For Abe, resuming nuclear power - which supplied nearly one-third of Japan's electricity pre-Fukushima - is key to lifting the economy out of two decades of anaemic growth. Kansai Electric forecasts an annual loss of 161 billion yen ($1.33 billion) because of the cost of burning fossil fuels for power generation, bringing losses since Fukushima to 744 billion yen. It said it could not quantify the losses it may incur because of the court decision. The company serves Japan's second most important economic region, where companies including Panasonic Corp and Sharp Corp are headquartered. - Reuters