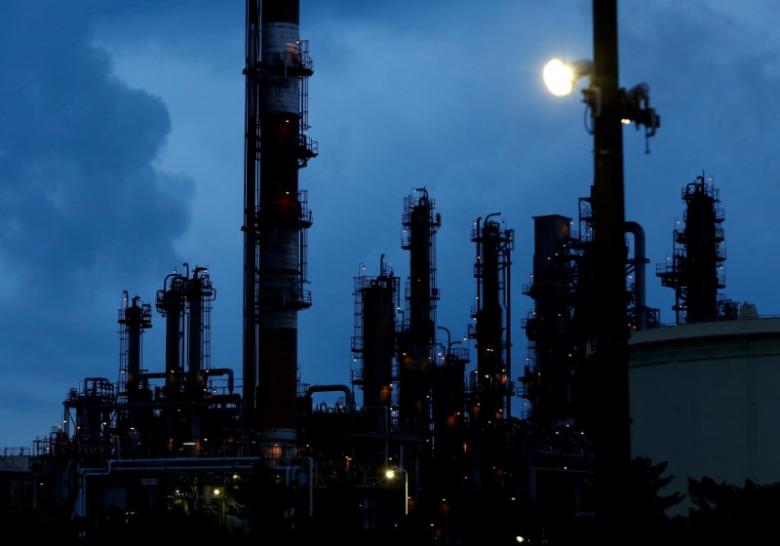 TOKYO - Japan's factory output rose in November and manufacturers expect to ramp up production in coming months, data showed on Wednesday, underscoring the central bank's view that a pick-up in global demand will underpin a steady economic recovery. Retail sales also increased in November and inventory fell for three straight months, suggesting a broader improvement in the economy, with a recent rebound in exports also seen supporting growth. The figures reinforce the dominant market view that the Bank of Japan will hold off on expanding monetary stimulus in coming months. "While domestic demand still lacks strength, a pick-up in exports is driving up production," said Takeshi Minami, chief economist at Norinchukin Research Institute. "Output will likely continue recovering moderately ahead." Industrial output rose 1.5 percent in November from the previous month, preliminary data released by the trade ministry showed, roughly matching a median market forecast for a 1.6 percent increase. It followed a 0.6 percent gain in September and a flat reading in October. Manufacturers surveyed by the ministry expect output to increase 2.0 percent in December and rise 2.2 percent in January, a sign they are becoming more optimistic on the outlook for overseas demand. "Industrial output is picking up," the ministry said, raising its assessment from last month when it said production was showing signs of a moderate pick-up. Japan's economy recorded a third straight quarter of annual expansion in July-September, albeit at a modest pace as slow wage growth weighed on household spending. But exports and factory output have recently shown signs of life on a recovery in global demand, offering some hope for policymakers struggling to pull the economy out of stagnation. Separate data released by the government showed retail sales rose 1.7 percent in November from a year earlier, far exceeding a median market forecast for a 0.6 percent gain. The BOJ offered an upbeat view of the economy at its rate review last week, while the government raised its assessment of the economy for the first time in nearly two years in December. -Reuters