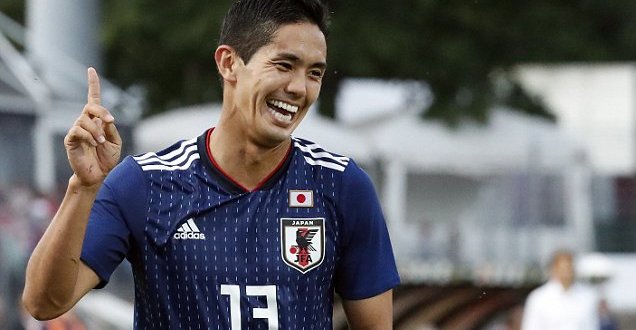 LONDON (Reuters) - Japan forward Yoshinori Muto is set to join Newcastle United from Mainz after the clubs struck a deal and the player agreed terms and had a medical, the Premier League team said. Muto, who was part of Japan’s World Cup squad in Russia where he featured in the defeat by Poland, has been on Tyneside ahead the proposed move, which is subject to a work permit. The English FA is due to hear the case next week to decide if Muto, who has not recently been a regular starter for Japan, should be granted permission to join the Magpies. “The transfer is now subject to the player being issued with a Governing Body Endorsement, which will be determined at a hearing to take place later next week,” Newcastle said. Muto started out at FC Tokyo where he played 51 league games, scoring 23 goals, before joining Bundesliga side Mainz in 2015 (66 games, 20 goals). He has played 25 times for Japan. The transfer fee is expected to be 9.5 million pounds ($12.45 million) according to British media reports.