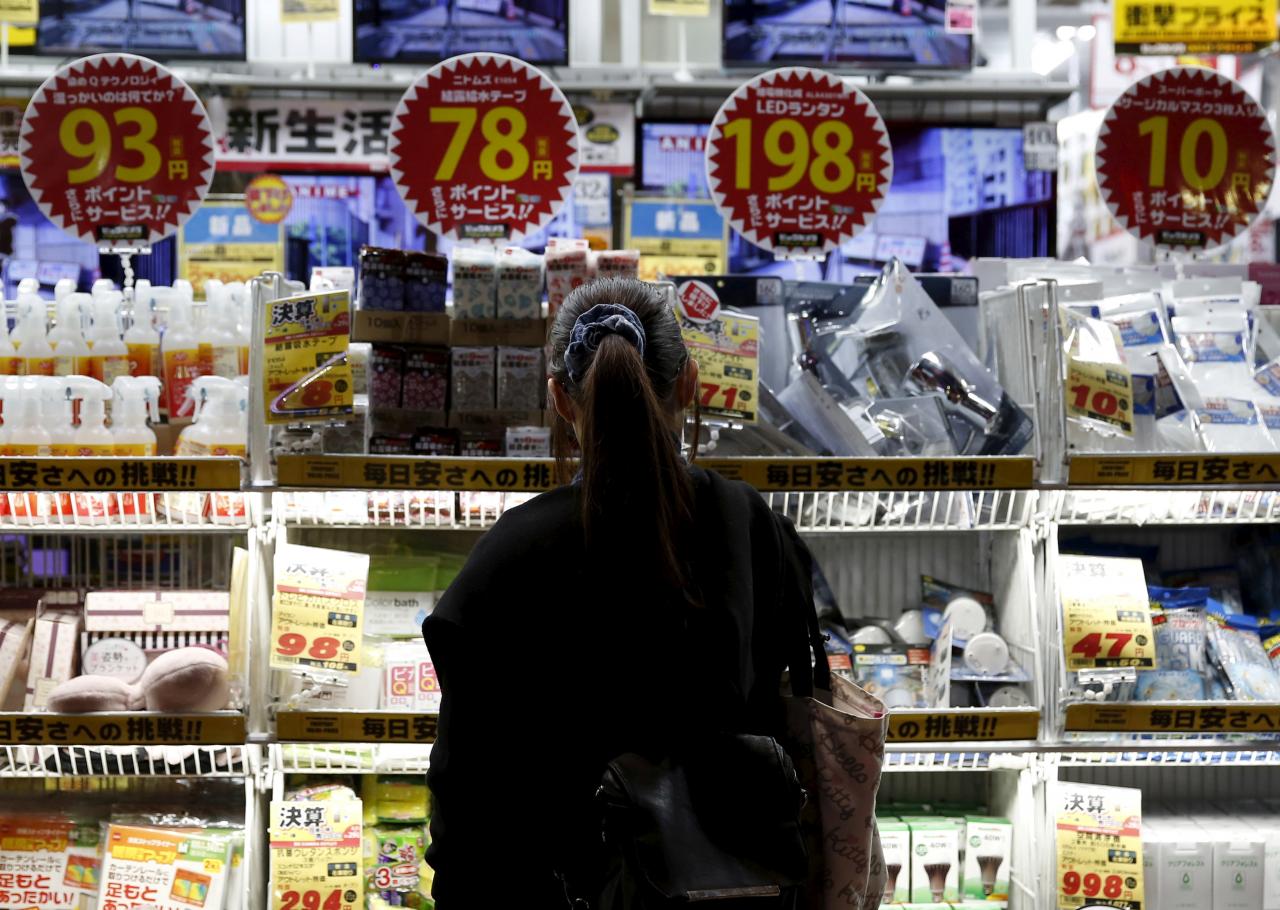 TOKYO (Reuters) - Japan’s household spending jumped in August at the fastest annual pace in three years as bigger bonuses boosted consumption, suggesting robust domestic demand could help offset ill-effects from escalating trade frictions.
Friday’s upbeat data may also moderate some analysts’ fears that the world’s third largest economy may slow or even contract in the July-September quarter, when Japan was hit by heat waves, heavy rain, typhoons and an earthquake. Household spending rose 2.8 percent in August from a year earlier, confounding market expectations for a 0.1 percent fall and increasing at its fastest August 2015, government data showed. It was the second straight month of gains following a 0.1 percent rise in July. “Consumption is doing fairly well thanks to brisk summer bonuses and steadily rising wages. Retail sales were good overall, despite bad weather,” said Atsushi Takeda, chief economist at Itochu Economic Research Institute. “Household income is rising, so this is underpinning consumption.” The government upgraded its assessment on household spending, saying that it was “picking up.” In July, it said spending was roughly flat. Consumption was recovering from a slump seen in February as households spent bonuses on purchases of pricier items ranging from automobiles to air conditioners, a government official told reporters in a briefing. Many analysts had expected spending to fall in August on the view that unusually hot weather and a string of typhoons were likely to discourage households from shopping or dining out. A tightening job market has gradually increased household income and helped underpin household spending, which makes up roughly 50 percent of Japan’s economic activity. But consumption has failed to gain enough momentum to prod companies into raising prices, keeping inflation distant from the Bank of Japan’s 2 percent target. Solid growth in consumption is considered crucial for premier Shinzo Abe, who reshuffled his cabinet after winning a ruling party leadership race last month, to proceed with a scheduled increase in the sales tax next October. While the strong household spending data offers some relief to policymakers, various risks cloud the economic outlook. Multiple natural disasters slowed factory output and, together with escalating trade frictions, hurt business confidence in the third quarter. Separate data showed Japan’s inflation-adjusted real wages fell in August for the first time in four months, suggesting that consumers may start to cut back on discretionary spending as rising gasoline costs push up living costs. Many Japanese companies pay summer bonuses in June or July, which tend to inflate wage surveys in these months. The government plans to compile an extra budget for disaster relief, though any spending likely would not be big enough to have a sizable impact on the economy.