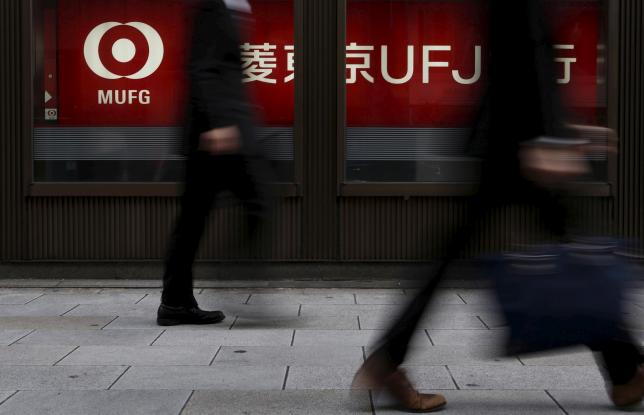 TOKYO - A laggard in embracing the 'fintech', or financial technology, revolution, Japan is set to ease investment restrictions that could free up the flow of capital in an economy sitting on an estimated $9 trillion in individuals' cash deposits. Strict regulation, easy access to credit due to rock-bottom interest rates, and weak demand for innovative financial services from a risk-averse population that still prefers cash to credit cards, have strangled fintech's advance in Japan. Fintech ventures - usually start-ups leveraging technology from cloud data storage to smartphones to provide loans, insurance and payment services - raised $2.7 billion in China last year, and over $1.5 billion in India, according to CB Insights data. Ventures in the United States attracted investment of around $7.4 billion. In comparison, investment in Japanese ventures reached only around $44 million in the first nine months of 2015. Now, Japan's financial industry regulator hopes relaxed rules on investing in financial ventures, and a new system for regulating virtual currency exchanges will pass through parliament by May - a first step in kickstarting the fintech revolution in the world's third-biggest economy. "The law changes aren't a goal, but a first step," Norio Sato, a senior official at the Financial Services Authority (FSA), told Reuters. "Fintech will have a big impact on financial services." The changes, which will allow banks to buy stakes of up to 100 percent in non-finance-related firms, will free up Japan's three megabanks to enter into tie-ups with fintech ventures developing services including robotic investment advisory and blockchain, the decentralized ledger technology behind the bitcoin digital currency. Mitsubishi UFJ Financial Group, Mizuho Financial Group and Sumitomo Mitsui Financial Group have said they are eyeing such investments, having previously been restricted to holding stakes of only 5-15 percent in start-ups. Under pressure from weak loan demand, the megabanks see an opportunity to earn money through fintech, but are also aware of its potential to disrupt traditional business models. GAME CHANGER The unpromising fintech environment in Japan - which was blindsided by the high-profile collapse of the Mt. Gox bitcoin exchange in 2014 when hackers stole an estimated $650 million worth of the digital currency - has seen some entrepreneurs go overseas for funding. Junichi Horiguchi, co-founder and CEO of bitcoin service provider Zerobillbank Ltd, established his start-up in Tel Aviv last year to take advantage of Israel's advanced technology industry. Investment in fintech start-ups by global banks and tech giants including Barclays, Google and Facebook is far more common in Israel than in Japan, he said. "It's completely different over there," Horiguchi told Reuters. "Every month there are open innovation contests and (start-up) accelerator program." Sales at Japan's fintech start-ups could jump to over half a billion dollars by 2020 as the use of technology such as blockchain increases, Yano Research Institute said in a report. The new rules the FSA is promoting on virtual currency exchanges could make Japan one of the first countries to regulate bitcoin at a national level. "Japan hasn't previously been enthusiastic about fintech," said Sato. "But creating these rules this fast could gain the world's attention." Bitcoin entrepreneurs, often reliant on investment for growth, have called for clearer regulation and will welcome the latest changes, said Yuzo Kano, founder and CEO of bitcoin exchange bitFlyer Inc, and head of the Japan Authority for Digital Assets, a lobbying group. "The establishment of the law is extremely surprising," Kano said, referring to how quickly the FSA had drafted the law. "It's set to be very successful." -Reuters