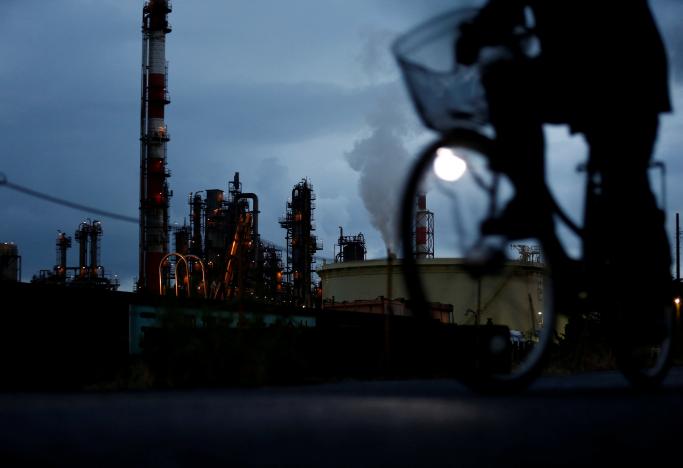 TOKYO - Confidence among Japanese manufacturers receded in May for the first time in nine months after hitting a decade-high level April, a Reuters survey found, showing guarded optimism in a nascent export-led economic recovery.

The Reuters' monthly poll - which tracks the Bank of Japan's key quarterly tankan - showed confidence at service-sector firms hit a four-month high, a tentative sign of a pickup in domestic demand.

The Reuters Tankan follows data last week that showed the economy expanded for a fifth straight quarter at the start of this year led by exports and private consumption, although sluggish wage growth weighed on households.

In the poll of 527 large- and mid-sized firms, conducted between May 9-19 in which 243 responded, the sentiment index for manufacturers fell two points to 24 in May, dragged down by the food processing, precision machinery and chemicals industries.

It followed a score of 26 in April, which was the highest reading since August 2007, a year before the collapse of a U.S. investment bank Lehman Brothers triggered the global financial crisis.

"Sentiment remained firm in both manufacturing and non-manufacturing. The dollar has risen since bottoming in mid-April and such a recovery in market conditions should underpin business sentiment," Yuichiro Nagai, economist at Barclays Securities Japan, noted in a report.

"Although indicators such as the Chinese PMI are showing weakness, machine tool orders and other data look firm, suggesting any risk of a collapse in sentiment will be limited by overseas factors."

Nagai added that the latest survey points to further improvement in both manufacturers' and service-sector sentiment in the next BOJ tankan due out on July 3.

The Reuters Tankan's service-sector sentiment index was up two points to 30 in May, the best reading since the beginning of this year, led by retailers.

The sentiment index was seen unchanged at 24 for manufacturers in August, while the index was expected to fall to 22 for non-manufacturers.

"We feel the economy is picking up as suggested by recovery in resources prices, but capital spending at our clients is lagging behind," a manager at a machinery manufacturer wrote in the survey.

Import-dependent industries such as food processors complained about rising commodity prices and a weak yen that drive up import costs. Some exporters expressed concerns over uncertainty in the global economic outlook.

The Bank of Japan's last tankan out on April 3 showed big manufacturers' business confidence improved for a second straight quarter to hit a one-and-a-half year high, and service-sector sentiment improved for the first time in six quarters. -Reuters