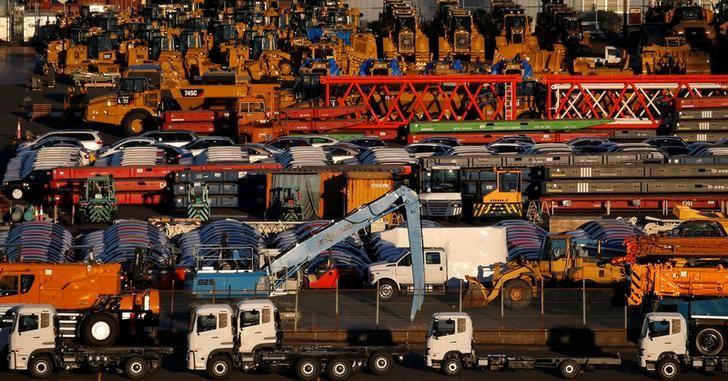 TOKYO - Japanese manufacturing activity expanded at the slowest pace in six months in May as export orders slowed, a private survey showed on Tuesday, in a warning sign that global demand may be weakening.

The Flash Markit/Nikkei Japan Manufacturing Purchasing Managers Index (PMI) fell to 52.0 in May on a seasonally adjusted basis, from a final 52.7 in the previous month.

The index remained above the 50 threshold that separates expansion from contraction for the ninth consecutive month but indicated that growth was the slowest since November.

The flash index for new export orders fell to 51.6 from a final 53.3 in the previous month, which also marked the slowest growth since November.

"Although growth is being maintained at a decent clip, reports of 'wait-and-see' attitudes amongst clients, excess warehouse inventories, and recent sharp rises in raw material costs all served to undermine expansion

during the month," said Paul Smith, senior economist at IHS Markit, which compiles the survey.

Japan's exports rose in April at a slower pace that the previous month, government data showed on Monday. The flash PMI data suggests this slowdown continued into May.

Economists remain optimistic that Japan's exports will continue to grow as overseas economies recover, but any further slowdown could prompt some analysts to scale back their assumptions for Japan's economic growth. -Reuters