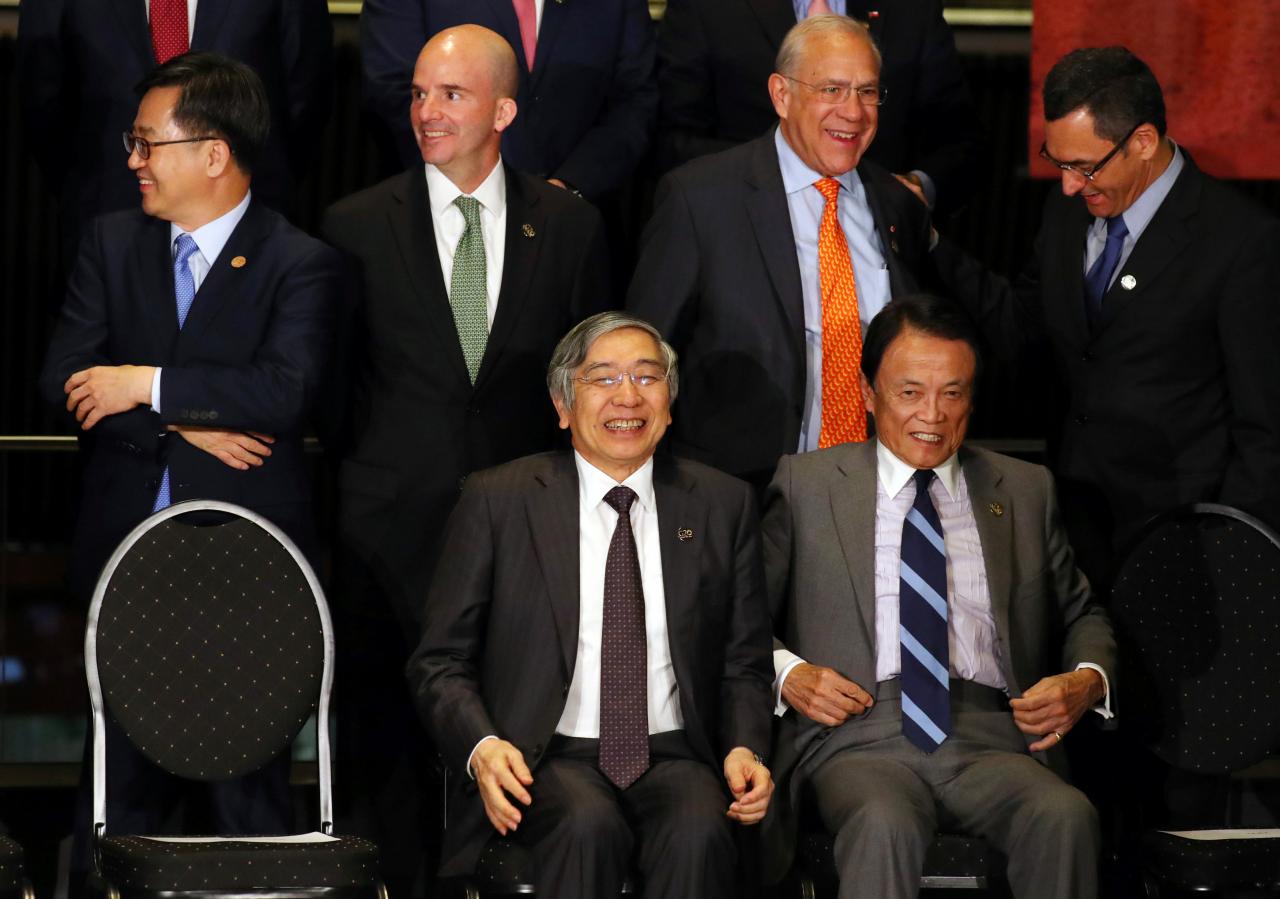 BUENOS AIRES (Reuters) - Japan should be careful about recent remarks by US President Donald Trump on currencies and might need to convince Washington its monetary easing is not aimed at weakening the yen but beating deflation, a finance ministry official said. The US dollar fell the most in three weeks against a basket of six major currencies .DXY after Trump complained again about the greenback’s strength and about Federal Reserve interest rate rises. The US president also lamented the strength of the dollar and accused the European Union and China of manipulating their currencies. Trump is not trying to influence currency markets, Treasury Secretary Steven Mnuchin has said, reiterating that a strong US dollar reflects a strong US economy and is in the United States’ long-term interest. “This time, the targets are China and the European Central Bank. But the content of criticism is the same so we need to be careful,” the Japanese official told reporters on the sidelines of a G20 meeting in the Argentine capital. “If necessary, we may need to remind the United States about our past discussions on monetary policy” that is not targeting currencies but domestic policy objectives, he added. The Bank of Japan has pursued an aggressive monetary stimulus to achieve its elusive 2 percent inflation target. Despite five years of massive money printing, inflation has struggled to accelerate but the yen has steadily weakened. That could make Japan vulnerable to criticism of being a currency manipulator as it remains on the US Treasury’s monitoring list. China is the primary target, however, as Beijing accounts for the “bulk of the US trade deficit”, Japanese Finance Minister Taro Aso told reporters on the sidelines of the G20 meeting of finance ministers and central bank governors. Rising trade tension has fuelled Japan’s concerns over currency volatility, which could prompt an appreciation in the safe-haven yen and threaten its export-reliant economy. Aso underscored the need to boost global growth through free and fair trade, saying no country would benefit from pursuing inward-looking policy through protectionist measures. “Excessive current account imbalances should be resolved through multilateral, not bilateral, framework,” Aso added. “The matter should be dealt with through macroeconomic policy and structural reform by rebalancing savings and investments, instead of imposing tariffs.” Aso voiced concerns at the G20 that acceleration of monetary policy normalisation in advanced economies could weaken emerging market currencies and cause capital outflows from countries such as China. At the meeting, Japan asked China for clarification of its yuan currency policy, seeking factors behind its depreciation.