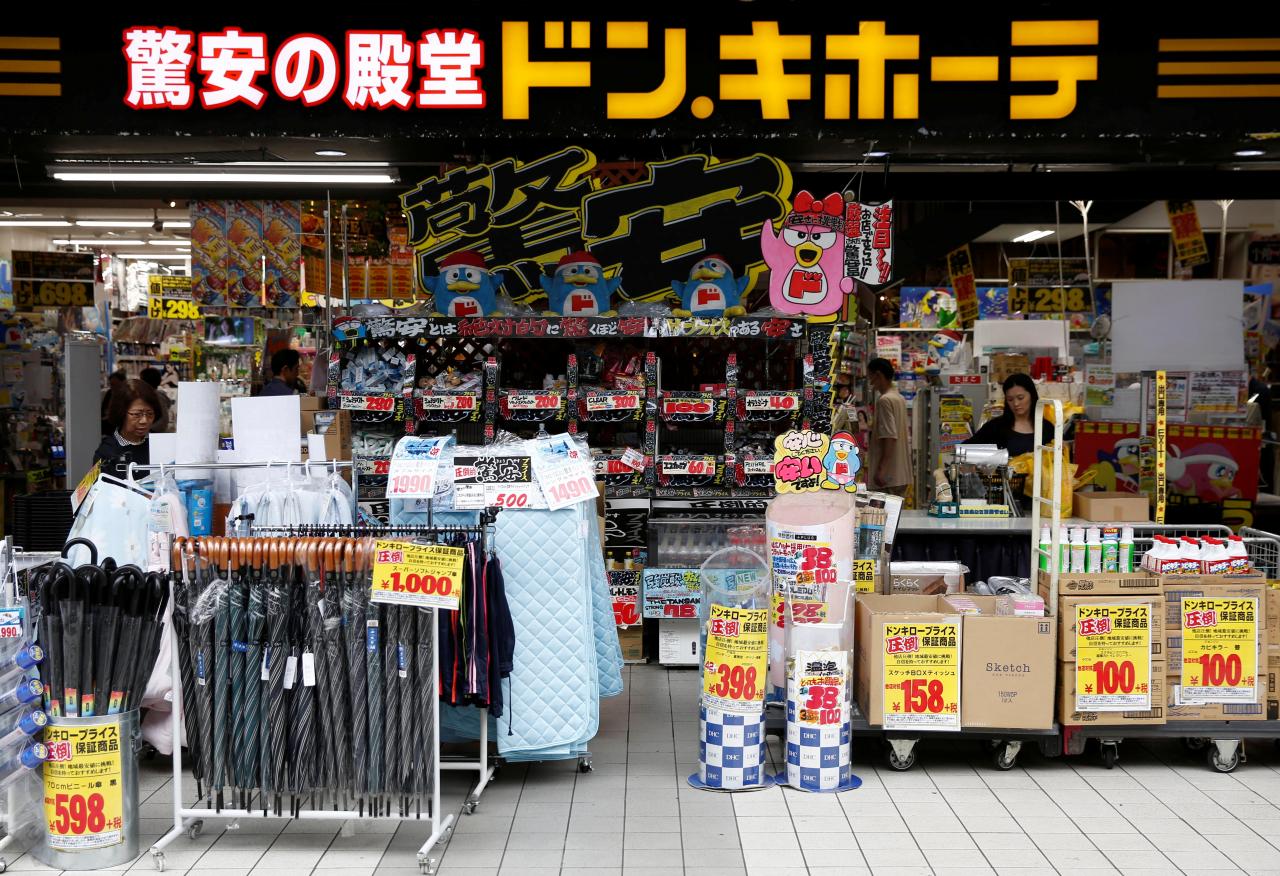 TOKYO (Reuters) - Japan’s retail sales rose for an 11th consecutive month in September from a year earlier but the pace of gains slowed from the prior month, in a sign private consumption may not be strong enough to avoid a broader slowdown in economic growth. The trade ministry’s figures followed data that showed an unexpected drop in exports in September, raising the spectre of a marked moderation in economic growth in July-September from the previous quarter’s solid expansion. Analysts expect the third-quarter slowdown to be temporary, caused by a string of natural disasters that disrupted business and consumer activity in recent months. But the softer growth will add to wider concerns about the central bank’s ability to hit its elusive annual inflation target of 2 percent. The Bank of Japan will examine the data and coming indicators such as factory output and jobless figures at its board meeting this week, when it updates its growth and inflation projections. The data feeds into calculations for gross domestic product (GDP) for July-September, which is due out on Nov. 14. “The third-quarter GDP likely contracted 0.1 percent as a reaction to the previous quarter’s solid growth,” said Azusa Kato, senior economist at BNP Paribas Securities. “The BOJ will probably trim growth and inflation projections slightly for the current fiscal year, but it won’t move for the foreseeable future.” September’s 2.1 percent annual increase in retail sales beat the Reuters poll median forecast for 1.6 percent, trade ministry data showed on Monday, but it was slower than the 2.7 percent expansion in August. September’s gains were led by rising gasoline prices and brisk sales of machine tools, food and beverage purchases and clothing, while car sales slipped and online retailers suffered a decline. On a seasonally-adjusted basis, retail sales fell 0.2 percent in September from the previous month, following August’s 0.9 percent increase. Private consumption, which makes up about 60 percent of economic activity, is key to the central bank’s efforts to accelerate inflation to its 2 percent target. However, BOJ Governor Haruhiko Kuroda said it will take longer than initially expected to achieve that target. Japan’s economy grew an annualised 3.0 percent in the second quarter, the fastest pace since 2016, led by solid household and business spending, but risks from global trade tension cloud the outlook for export-reliant Japan. The BOJ is widely expected to keep a pledge to guide short-term interest rates at minus 0.1 percent and long-term rates around zero percent at a two-day rate review ending on Wednesday. Japan’s annual core consumer inflation rose 1.0 percent in September, the fastest in seven months, although this was boosted mostly by higher oil prices, underscoring the challenge of fostering sustainable price growth.