Japan, Russia agree to economic cooperation ahead of summit: Nikkei 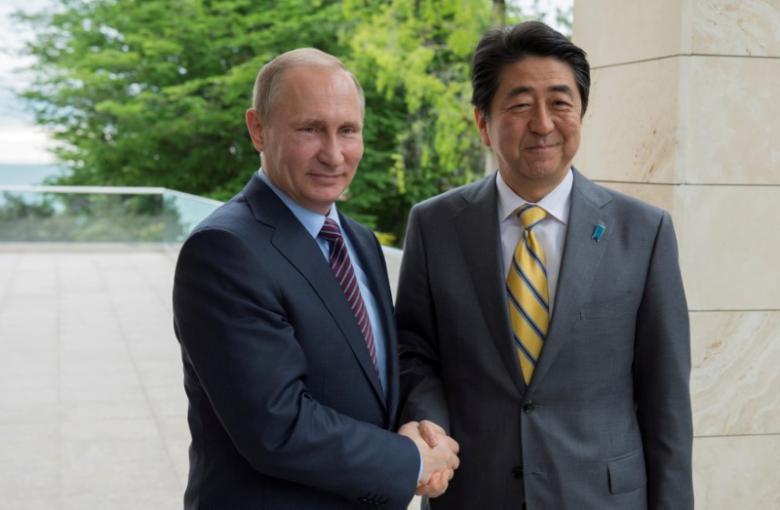 Japan, Russia agree to economic cooperation ahead of summit: Nikkei

TOKYO - Japan and Russia will focus on about 30 items of economic cooperation ahead of a December summit at which Japanese Prime Minister Shinzo Abe hopes to make progress in resolving a long-festering territorial row, said the Nikkei business daily. Japan's trade minister Hiroshige Seko met Russian officials in Moscow, including Economic Development Minister Alexei Ulyukayev, and the two sides agreed to seek concrete progress before Russian President Vladimir Putin visits Japan next month, the Nikkei reported on Friday. The ministers also agreed to map out by Nov. 18 plans for government-led projects such as improving the urban environment in the southwestern city of Voronezh and training of Russian engineers, the Nikkei said. That would be before Abe and Putin hold an expected meeting on the sidelines of an Asia-Pacific summit in Peru that month. Seko and Russian Energy Minister Alexander Novak agreed to work together on oil and gas development and cooperation on decommissioning Japan's disaster-hit Fukushima Daiichi nuclear reactor, the newspaper added. "Improving the economic relationship between Japan and Russia will of course be a major, important foundation for negotiating a peace treaty," the Nikkei quoted Seko as telling reporters in Moscow. The dispute over four islands north of Japan's Hokkaido, called the Northern Territories in Japan and the Southern Kuriles in Russia, has kept Tokyo and Moscow from signing a peace treaty formally ending their conflict in World War Two. Abe is betting his close ties with Putin and the lure of investment from Japanese companies could set the stage for progress in the dispute when the pair meet in Abe's home constituency on Dec. 15. -Reuters