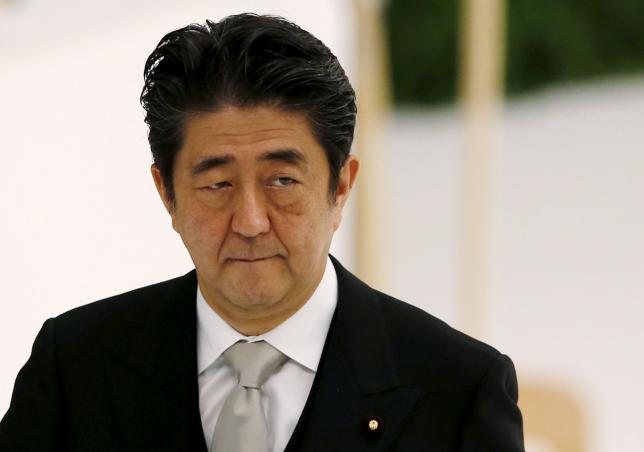 TOKYO - Japan's government will announce a new growth strategy on Thursday that has already disappointed many economists for lacking the bold structural reforms needed to narrow income disparity and reverse rapid population decline. Prime Minister Shinzo Abe's plan will raise pay for child care workers, raise the minimum wage and improve access to elderly care, but economists say the reforms do not go far enough to change Japan's two-tier labour market. Aggressive structural reforms are essential to pulling Japan out of decades of malaise, but economists say the flaws in Abe's piecemeal approach are evident in the lack of progress after more than three years of "Abenomics". "There are many granular policies that lack concreteness, though the general direction of these policies isn't wrong," said Yuichi Kodama, chief economist at Meiji Yasuda Life Insurance. "Japan's biggest problem is the ageing and shrinking of its population and the supply-side weakening that follows from it." Abe shifted his economic agenda this year to focus more on the redistribution of wealth and improving access to day care. Many economists said this shift was an admission that despite Abe having had more than three years in office many low-income households have failed to benefit from his "Abenomics" strategy to ref late a listless economy. The growth strategy, to be approved by the cabinet on Thursday, will take steps to narrow the pay gap between regular and part-time employees, but critics say it is still too easy for companies to flout labour laws and suppress pay for part-time workers.Some economists also worry companies could try to lower pay for full-time workers to narrow the pay gap, which would depress overall wage growth. The government also wants to raise the birth rate to 1.8 per woman from 1.4, which is a step in the right direction but still below 2.1 which is the rate needed to simply prevent a population from shrinking. Abe's fiscal policy has also disappointed after his decision on Wednesday to delay a sales tax hike created widespread doubts over how he will plug the hole left in public finances. The growth strategy will reiterate a pledge to bring the primary budget balance into surplus by fiscal 2020 to rein in public debt which is already more than double annual economic output. However, the growth strategy is likely to remain vague on how it will make up for lost revenue and pay for rising welfare spending, which could increase concern that public debt will rise even faster. -Reuters