Japan, US to seek first trade talks under new framework in July 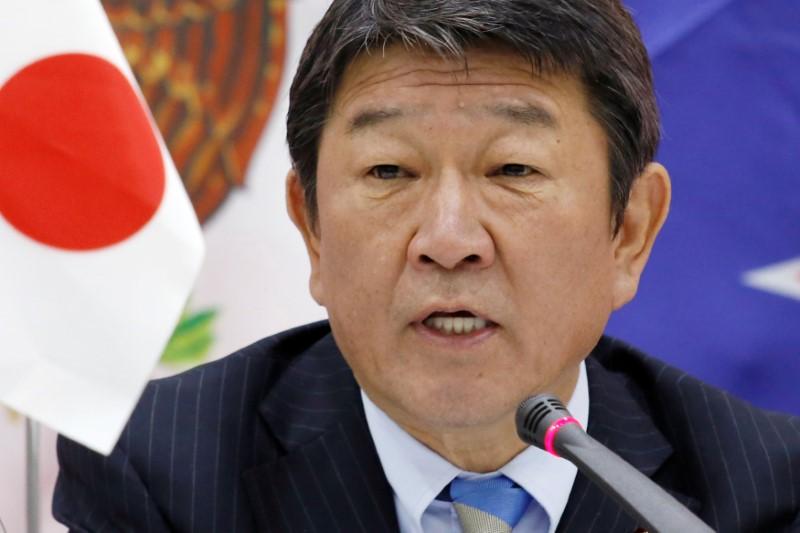 Japan, US to seek first trade talks under new framework in July

TOKYO (Reuters) - Japan and the United States are working to hold their first bilateral trade talks under a new framework in July, Japan’s Foreign Ministry said, in a sign Washington may ratchet up pressure on Tokyo to open up its markets. US President Donald Trump and Japanese Prime Minister Shinzo Abe agreed in April to set up the new framework focusing on bilateral trade and led by US Trade Representative Robert Lighthizer and Economy Minister Toshimitsu Motegi. At their latest summit in Washington , the leaders agreed to make preparations to hold the first Lighthizer-Motegi meeting in July, the ministry said in a statement. Analysts say the new framework could put Japan under direct US pressure to enter talks for a bilateral free trade agreement(FTA). Japan is wary of entering such talks as they would put it under pressure to open up politically-sensitive markets like agriculture. Policymakers in Tokyo are also concerned about Trump’s threat to impose tariffs on Japanese cars, a move they fear would be more damaging to the economy than metal tariffs given the importance of the US market. In a sign of Japan’s irritation, Finance Minister Taro Aso used unusually harsh language to criticise Trump’s trade policy at a Group of Seven finance leaders’ gathering last week. “It’s deeply deplorable,” Aso told reporters. “Inward-looking policies involving one-sided, protectionist measures benefit no country,” he said.