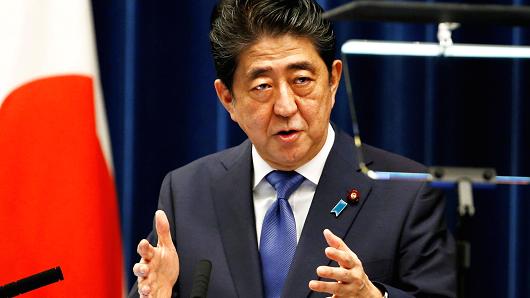 TOKYO (Reuters) - Japan is preparing to acquire precision air-launched missiles that for the first time would give it the capability to strike North Korean missile sites, two sources with direct knowledge of the matter said.

Japan plans to put money aside in its next defence budget starting April to study whether its F-15 fighters could launch longer-range missiles including Lockheed Martin Corp’s extended-range Joint Air-to-Surface Standoff Missile (JASSM-ER), which can hit targets 1,000 km (620 miles) away, said one the sources with knowledge of the plan.

“There is a global trend for using longer range missiles and it is only natural that Japan would want to consider them,” he said. The sources asked to remain anonymous as they were not authorised to talk to media.

Neither of those two items are included in a 5.26 trillion yen ($46.76 billion) budget request already submitted by Japan’s Ministry of Defence, however additional funds would be made available to evaluate the purchase of these missiles, the sources said.

The change suggests that the growing threat posed by North Korean ballistic missiles has given proponents of a strike capability the upper hand in military planning.

Restrictions on strike weapons imposed by its war-renouncing constitution means Japan’s missile force is composed of anti-aircraft and anti-ship munitions with ranges of less than 300 kms (186 miles).

Any decision to buy longer range weapons capable of striking North Korea or even the Chinese mainland would therefore be controversial, but proponents argue that the strike weapons can play a defensive role.

“We are not currently looking at funding for this,” Japanese Defense Minister Itsunori Onodera said on Tuesday at a regular press briefing.

“We rely on the United States to strike enemy bases and are not looking at making any changes to how we share our roles,” he added.

Before he took up his post in August, Onodera led a group of ruling Liberal Democratic Party lawmakers that recommended Japan acquire strike weapons to deter Pyongyang from launching any attack on Japan.

North Korea has since fired ballistic missiles over Japan and last week tested a new type of intercontinental ballistic missile that climbed to an altitude of more than 4,000 km before splashing into the Sea of Japan within Japan’s exclusive economic zone.