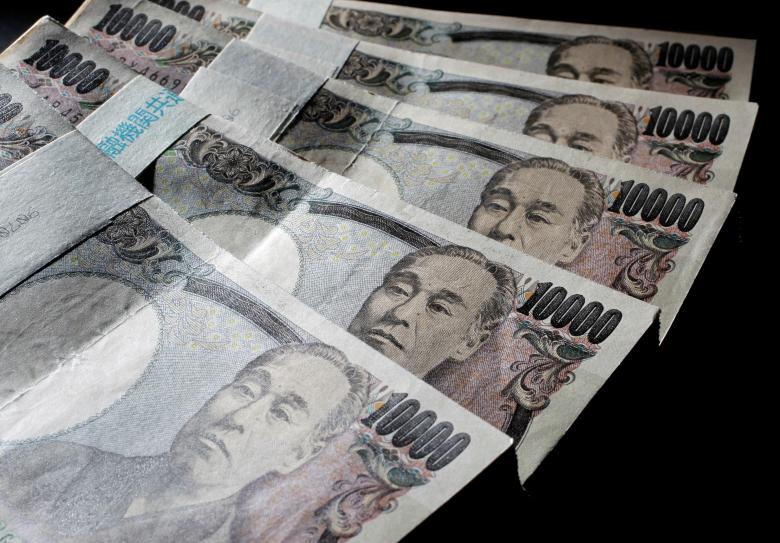 TOKYO - Japanese companies have sold a record amount of bonds this quarter, taking advantage of negative interest rates and yield-starved investors to lock in cheap long-term funding. For the July-September quarter, Japanese companies are on track to issue over 4 trillion yen ($39.20 billion) in bonds, more than double the 1.5 trillion yen booked in the same period last year, according to data from DealWatch and Thomson Reuters. Strikingly, 1.83 trillion yen of the debt is in maturities of more than 20 years, versus just 70 billion yen in the same period last year. The surge comes after the Bank of Japan adopted negative interest rates in February as part of its stimulus measures. Tokyu Corp sold 10 billion yen of 20-year bonds and 10 billion yen of 30-year bonds on Friday, following a spate of issues from big names such as Softbank Group Corp and Mitsubishi Corp. "I've never seen this kind of volume in the past," said Tadashi Matsukawa, head of fixed income investment at PineBridge Investments in Tokyo. Some companies have issued superlong notes to invest in new plant and equipment, which would stimulate economic growth and highlight what low and negative interest rates are supposed to achieve. But most are raising funds to rollover or repay debt more cheaply. Pharmaceutical firm Daiichi Sankyo Co issued 100 billion yen of 20- and 30-year bonds in July, of which 30 billion yen will be used to buy back its own shares, while Aisin Seiki issued 10 billion in 20-year notes last week for the same purpose. "Some others might be interested in doing this - buying back shares, and issuing straight bonds. But they might not say this is what they will use the proceeds for," said Eiichiro Tani, director, credit trading at Daiwa Securities in Tokyo. While a boon to companies, the BOJ's negative rate policy has created a dilemma for Japanese fixed income investors. "In order to get positive yields, we have to choose between taking on more credit risk, and buying lower-rated issues, or more duration risk, and buying higher-rated bonds with longer maturities," said a chief portfolio manager of a Tokyo-based fixed-income fund. The surge in superlong issuance has paused for now as long-term bond yields have surged. The 30-year JGB yield hit a six-month high of 0.605 percent on Wednesday, up from a record low of 0.015 percent in July. Rising yields, which makes borrowing more expensive, are driven by market expectations that the BOJ might try to steepen the yield curve at its policy meeting on Wednesday, possibly by tapering its purchases of longer-term debt and buying more short-term paper. The central banks may also shift its prime policy focus to interest rates from base money now, the sources said. Daiwa's Tani said that while the best time for issuers had probably passed, companies would likely return to the market once uncertainty over the BOJ's policy had passed. "I think the corporate bond market will remain active. The yield curve may be steepening now, but investors are hungry for yield and I expect to see a cycle back to flattening once the BOJ's intention has been clarified," said Takuji Okubo, chief economist at Japan Macro Advisors. "I think there are ongoing demands from corporates to lock in low yields." Okubo said. -Reuters