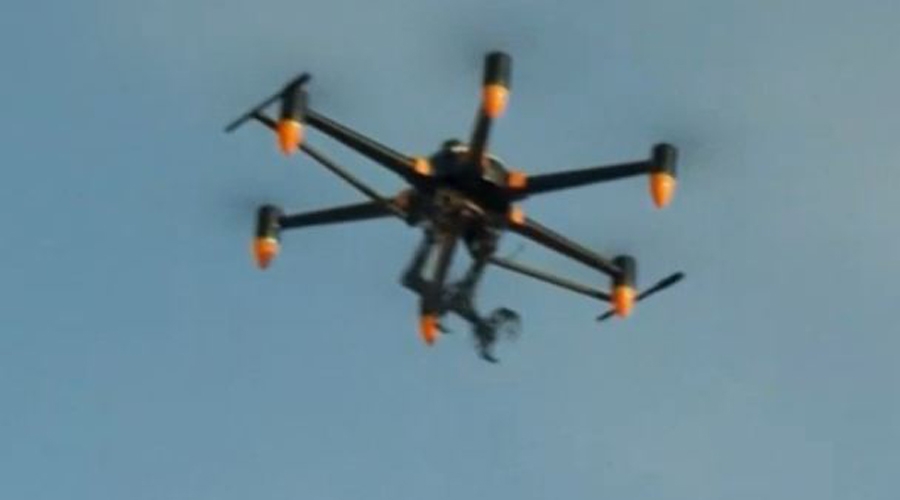 TOKYO – Japanese company Prodrone has released what it calls "the world's first dual robot arm large-format drone", with the ability to carry heavy objects and perform detailed tasks. The PD6B-AW-ARM drone weighs 20 kilograms and can carry objects with a maximum weight of 10 kilograms. It can fly for up to 30 minutes, with a maximum forward speed of 60 kilometers per hour (37 miles per hour), and has a maximum operating altitude of 5,000 meters (16,404 feet). Its two remotely-operated five-axis robotic arms are able to grasp objects varying in shape and size, and have the ability to cut cables, turn dials, or flick switches. The drone is also designed to be useful in performing tasks that are perilous for humans, such as retrieving hazardous materials or objects at high altitude. The company says the industrial and commercial drone market is focused on using UAVs (unmanned aerial vehicles) for photography and filming, mapping, and surveying sites, but has not met strong demands for UAVs with carrying and transporting features. It hopes to develop more 'task-oriented' drones in the future. The PD6B-AW-ARM was unveiled at this month's InterDrone show in Las Vegas, but no pricing details have yet been announced by its makers. –Reuters