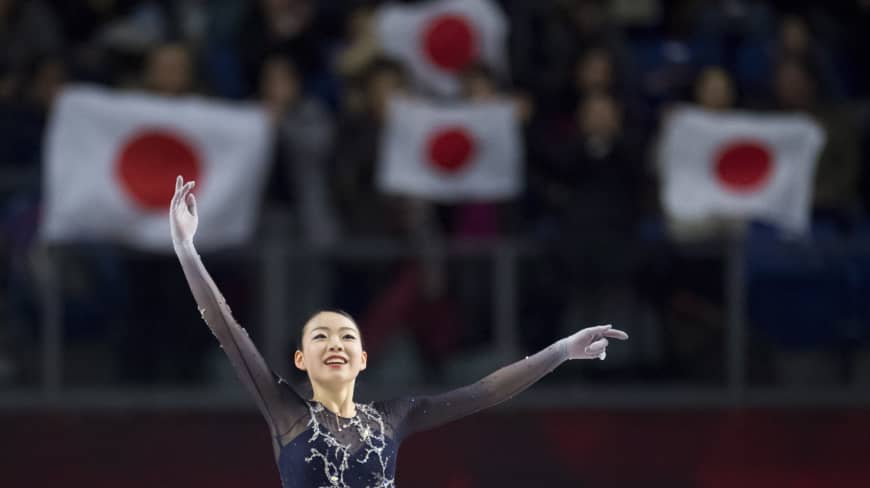 TOKYO (Reuters) - Japanese 16-year-old Rika Kihira clinched victory at the figure skating Grand Prix final in Canada , capping off a brilliant debut season on the international circuit. She took a big lead into free skate in Vancouver after posting the highest score (82.51 points) of the season in the short programme. Kihira then recorded the best score in the free skate, despite a fall, to easily beat fellow 16-year-old Alina Zagitova, this year’s Pyeongchang Olympics champion. “My first Axel I had a mistake but I was able after that to regroup and finish my performance with no more mistakes,” Kihira said via an interpreter. “I was able to change from a state of nervousness into concentration.” Kihira posted a total score of 233.12 for her third grand prix victory of the season. Russian Zagitova, last year’s grand prix champion, finished second on 226.53 points. Compatriot Elizaveta Tuktamysheva was a distant third on 215.32 points. Despite her youth, Kihira said that she had learned from past mistakes. “Last season and the season before that I had many failures. And I promised myself I would remember them and never repeat those mistakes again. “Although I did have one mistake (today), at this point I’m really satisfied with myself.” Kihira’s long-term goal is to win gold at the 2022 Beijing Olympics. “Ever since I was a child I’ve dreamed of going to the Olympics,” she said. “I have this dream of going to the Beijing Olympics and winning there.”