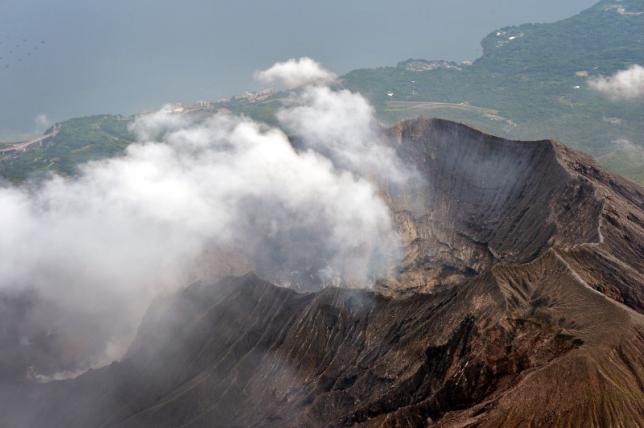 TOKYO – A Japanese volcano about 50 km (30 miles) from a nuclear plant erupted on Friday, shooting ash nearly 2 km into the night sky along with fountains of lava, but there were no immediate report of damage and operations at the power station were not affected.

Following what they termed an "explosive eruption," Japan's Meteorological Agency raised the warning level on the peak, which experiences hundreds of small eruptions a year, to 3, meaning that people should not approach the mountain.

"It appears that stones have been thrown about 2 km from the crater, but this area is quite far from any communities," Kazuhiro Ishihara, an emeritus professor at Kyoto University, told NHK national television.

Television footage showed red streams of lava bursting from the side of the mountain, but Ishihara said he thought the impact of the eruption would not be that serious.

The Sendai nuclear power station, run by Kyushu Electric Power and located on the same island, resumed operations last year after being shut down, along with all of Japan's nuclear plants, after a 2011 earthquake and tsunami triggered a meltdown at the Fukushima nuclear plant.

A spokeswoman for Kyushu Electric said there was no impact from the eruption on the plant and its operations, and it was not taking any special precautions.

Japan lies on the "Ring of Fire" - a seismically active horsehoe-shaped band of fault lines and volcanoes around the edges of the Pacific Ocean - and has more than 100 active volcanoes. –Reuters