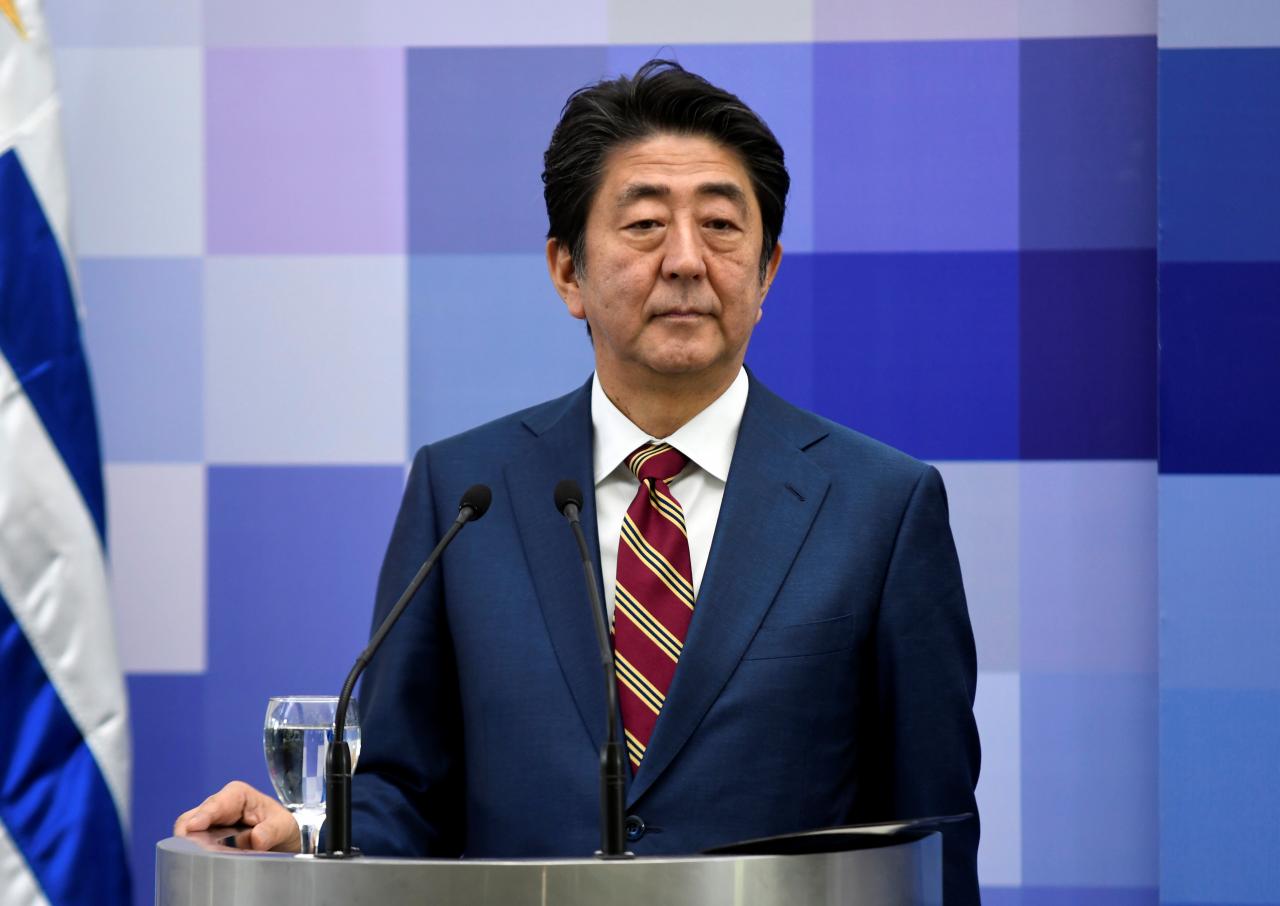 TOKYO (Reuters) - Japan’s government will keep a close eye on looming risks to a global economic recovery as it guides policy, Prime Minister Shinzo Abe said in an interview aired by public broadcaster NHK on Sunday. Signs of slowing global demand and recent sharp rises in the yen currency have clouded the outlook for the export-reliant economy, prompting verbal warnings from Tokyo policymakers over the adverse impact of volatile market moves on growth. “While the global economy is recovering gradually, there are various risks to the outlook,” Abe said in the interview. “Japan’s economic fundamentals are sound, but we’d like to guide policy with a close eye on the various risks.” Japan will also seek to mend Sino-US trade frictions by promoting global coordination as it chairs this year’s meeting of the Group of 20 major economies, Abe said. “As G20 chair, Japan hopes to play a leading role to foster global cooperation ... to achieve stable, sustainable growth,” he said, adding that both the United States and China must abide by World Trade Organization (WTO) rules on trade. Any further signs of weakness in Japan’s economy could heighten market speculation that Abe might again delay a scheduled sales tax hike to 10 percent from 8 percent in October. The increase has been postponed twice already, after a hike to 8 percent in 2014 pushed the economy into recession. Abe said revenues from the scheduled tax hike are key to ensuring Japan’s social welfare system is sustainable, and the government would take sufficient steps to mitigate the hit to growth from the higher levy. “There’s no change to our stance of raising the sales tax as scheduled, unless Japan is hit by a shock to the scale of the (collapse of) Lehman Brothers,” Abe said.