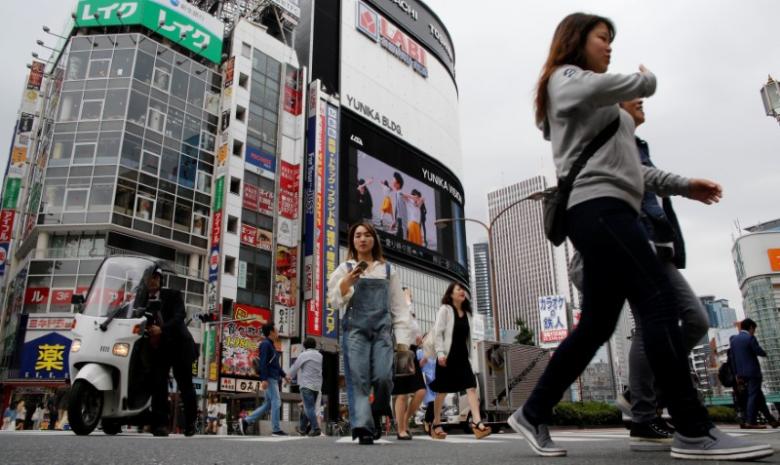 TOKYO - Japan's economy grew at the fastest pace in a year in the first quarter to mark the longest period of expansion in a decade, heightening prospects that robust overseas demand will underpin a steady recovery.

The data offers some relief to Bank of Japan policymakers, who are hoping that the economy gathers enough momentum to drive up wage growth and inflation, which remain low on soft household spending.

It marked the fifth straight quarter of expansion, the longest growth run since a six-quarter streak through 2006, when the Bank of Japan was exiting from its previous quantitative easing programme on signs of strength in the economy.

"Consumer spending remains relatively soft and it has a room to improve. But the economy passed the grade both in terms of the pace of growth and the quality of the expansion."

Japan's economy has shown signs of life with exports and factory output benefiting from a pick-up in overseas demand.

But consumer prices are barely rising as companies remain wary of increasing wages, keeping the BOJ under pressure to maintain its massive stimulus despite signs of strength in the economy.

Nominal GDP, or GDP at current market prices, fell 0.1 percent in the first quarter after flat growth in October-December as weak demand prevented many firms from passing on rising import costs to households, underscoring the challenges of eradicating Japan's sticky deflationary mindset.

Economy Minister Nobuteru Ishihara said there was no change to the government's view that the economy continued to recover moderately, backed by a tightening job market.

"But we need to be mindful of overseas economic uncertainties and the effect of market volatility," he said. -Reuters