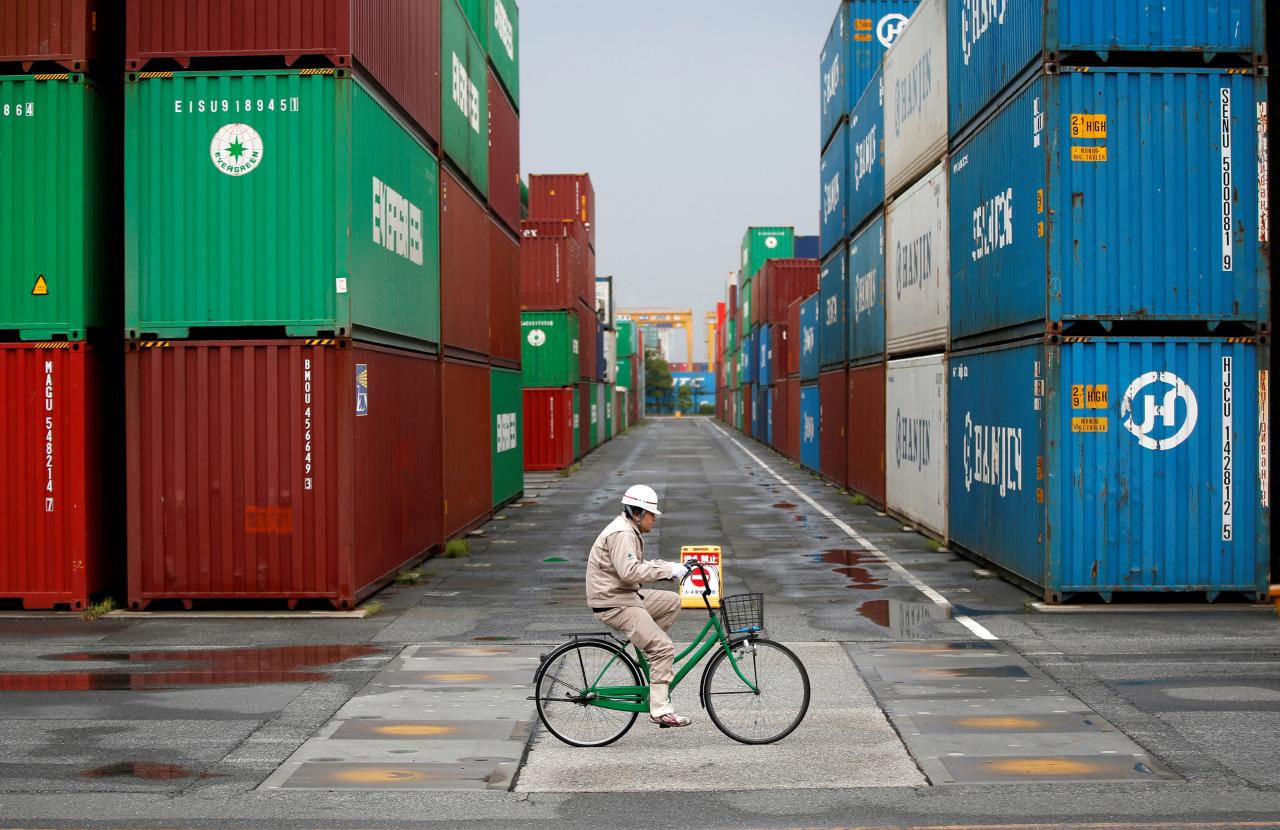 TOKYO (Reuters) - Japan’s exports accelerated in April on increased shipments of cars and machines used to make semiconductors, with rising volumes suggesting healthy overseas demand could help the economy recover quickly from a dip in the first quarter. Exports grew 7.8 percent in April from the same period a year ago, below the median estimate for an 8.1 percent annual increase expected by economists in a Reuters poll. In March, exports grew an annual 2.1 percent. In terms of volume, which strips away the impact of exchange rates, Japan’s exports rose an annual 4.6 percent in April, faster than the 1.8 percent annual increase seen in March. Exports are likely to continue to grow thanks to increased demand for manufacturing equipment, cars and car parts, but Japan’s trade surplus with the United States makes it a potential target for US President Donald Trump’s protectionist policies. “Overseas economies are in a growth phase, so Japan’s exports will continue to do well,” said Hiroshi Miyazaki, senior economist at Mitsubishi UFJ Morgan Stanley Securities. “The US government may turn its attention to Japan’s trade surplus, but there are steps Japan can take, especially given the close defense relationship between the two countries.” The rise in the volume of exports was another reason to be optimistic, Miyazaki noted. Exports of cars rose 15.3 percent in April from the same period a year ago, while exports of semiconductor manufacturing equipment rose 18.2 percent year-on-year, finance ministry data showed on Monday. Japan’s economy contracted more than expected at the start of this year, ending the best run of expansion in decades. The April trade data suggests exports could help the economy quickly return to growth, but the rate of expansion could be slower than the previous growth spurt. Japan’s exports to the United States rose 4.3 percent year-on-year in April, faster than a 0.2 percent annual increase in March. Japan’s trade surplus with the United States was 615.7 billion yen ($5.55 billion) in April, up 4.7 percent from the same period a year ago. In March the trade surplus with the United States fell an annual 0.3 percent. Since taking office last year, Trump has pushed to rewrite free-trade deals to protect US companies and jobs from what is seen as unfair foreign competition. Trump has imposed tariffs on steel and aluminum imports, which affect Japanese companies, and has also criticized Japan for its low level of imports of American vehicles. Last year Trump urged Japan to buy more US military hardware, which remains an option for Japan to reduce its trade surplus with the United States. The United States and China have called off their threats of tariffs while they discuss ways China can buy more American goods to lower the US trade deficit. Some officials in Tokyo are worried that the United States could seek a similar measures from Japan.