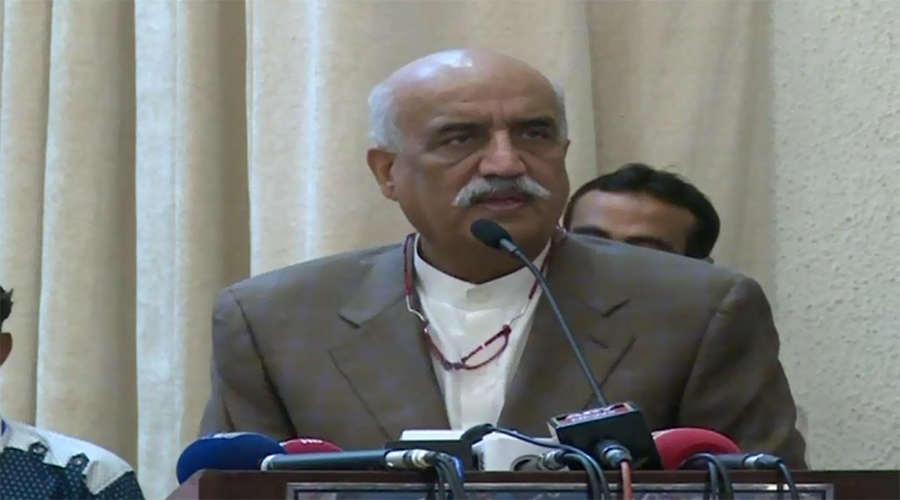 ISLAMABAD (92 News) – Opposition Leader in the National Assembly Syed Khurshid Shah said that why Javed Hashmi remained silent over judicial martial law for so long period. Talking to the media on Tuesday, he said that Javed Hashmi would have written his name in the history had he talked about it at the time of his resignation. “I hope that the Supreme Court will make such decision on the Panama Leaks, which will be in the interest of the country,” he said. Khurshid Shah said that the government had always stabbed democracy in the back.