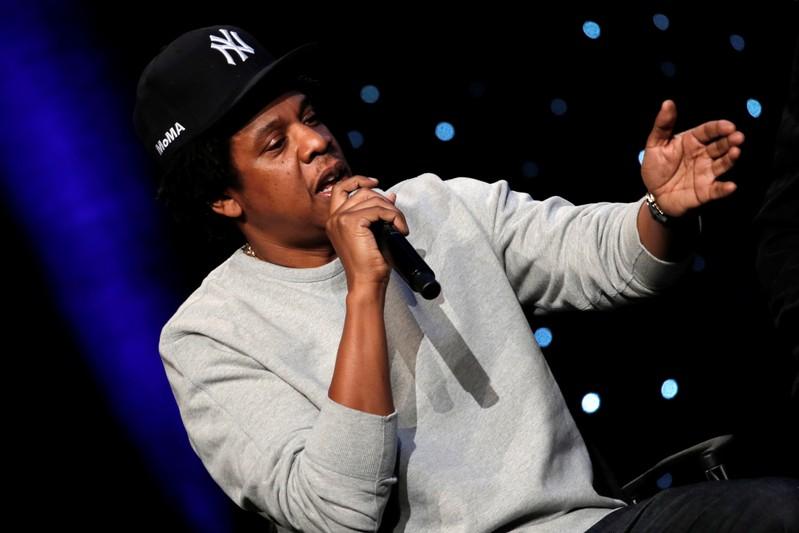 NEW YORK (Reuters) - Jay-Z has agreed to privately arbitrate a trademark and contract dispute with clothing company Iconix Brand Group Inc, his lawyers said on Wednesday, after enough African-American arbitrators became eligible to handle the case.
Lawyers for the rapper and entrepreneur asked a New York state judge to dismiss Jay-Z’s Nov. 28 lawsuit in Manhattan to halt the arbitration related to his 2007 sale of the Rocawear clothing brand to Iconix for about $204 million. Jay-Z, whose legal name is Shawn Carter, had complained that arbitration would be unfair because only two of the more than 200 arbitrators proposed by the American Arbitration Association (AAA) identified as African-American and had no conflicts of interest. He said that lack of candidates left him with “no choice at all,” constituted racial discrimination under New York law, and voided his earlier agreement to arbitrate with Iconix. But Jay-Z’s lawyer, Alex Spiro, told Justice Barry Ostrager of Manhattan Supreme Court on Wednesday that the AAA has allowed the dispute to be heard by a three-arbitrator panel instead of a single arbitrator, and offered five African-American candidates. Spiro also said the AAA agreed to consider Jay-Z’s list of 11 African-American candidates to handle big arbitrations. On those bases, Jay-Z is “content to proceed with the arbitration,” and wants Ostrager to end the lawsuit even though Iconix is still defending against it, Spiro said. Lawyers for Iconix did not immediately respond to requests for comment. The New York-based company has dozens of brands including Danskin, Joe Boxer, London Fog, Mossimo, Pony and Starter. Iconix has written off almost the entire value of the Rocawear brand, and the U.S. Securities and Exchange Commission has been probing its writedowns. Last May, a federal judge ordered Jay-Z to testify in the probe. The SEC wanted to ask him about his personal involvement with the Rocawear brand. Jay-Z, 49, is famous for songs including “Hard Knock Life,” “99 Problems” and “Big Pimpin,” and is married to the pop star Beyonce. The case is Carter et al v Iconix Brand Group Inc et al, New York State Supreme Court, New York County, No. 655894/2018.