Jeering crowd made Gatland 'embarrassed' to be New Zealander 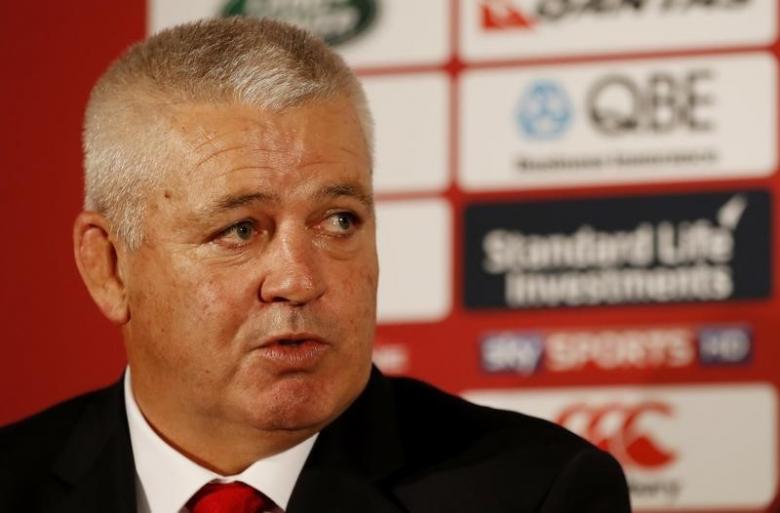 Jeering crowd made Gatland 'embarrassed' to be New Zealander

EDINBURGH - British and Irish Lions coach Warren Gatland has said he felt "embarrassed" to be a New Zealander after sitting amid a parochial crowd during an All Blacks match at Auckland's Eden Park. Gatland, who will guide the Lions in a highly anticipated tour of New Zealand next year, also questioned his country's media after a local newspaper mocked up Australia coach Michael Cheika as a clown on a full-page spread. Gatland attended the All Blacks' 37-10 win over the Wallabies at Eden Park last month and was unimpressed by the reaction of local supporters, who jeered New Zealand-born flyhalf Quade Cooper when he was subbed on late. "I was at Eden Park watching the game a couple of weeks ago and, as a Kiwi, I was embarrassed," the Wales coach told British media. "There was still a large portion of the crowd booing Quade Cooper. Get over it. Then there was the clown stuff in the Herald. "One of the things I was proud of as a Kiwi was showing humility. "The All Blacks try to do that but there's a proportion of New Zealanders that have a little bit of arrogance and not humility." Gatland will travel to the United States to watch Ireland play the All Blacks in Chicago on Saturday and try to break the world champions' record 18-match winning streak. Former players and pundits have already branded the current All Blacks team as the greatest ever but Gatland disputed the claim and downplayed coach Steve Hansen's role in their success. "Anyone in New Zealand could coach the All Blacks and you would be guaranteed an 85 percent win record, so it's not a bad team to be involved with," said Gatland, whose Wales team was swept 3-0 by the All Blacks in June. "It's very difficult to compare generations or decades of teams and individuals but they are an absolute quality side and they have got a lot of things right at the moment." -Reuters