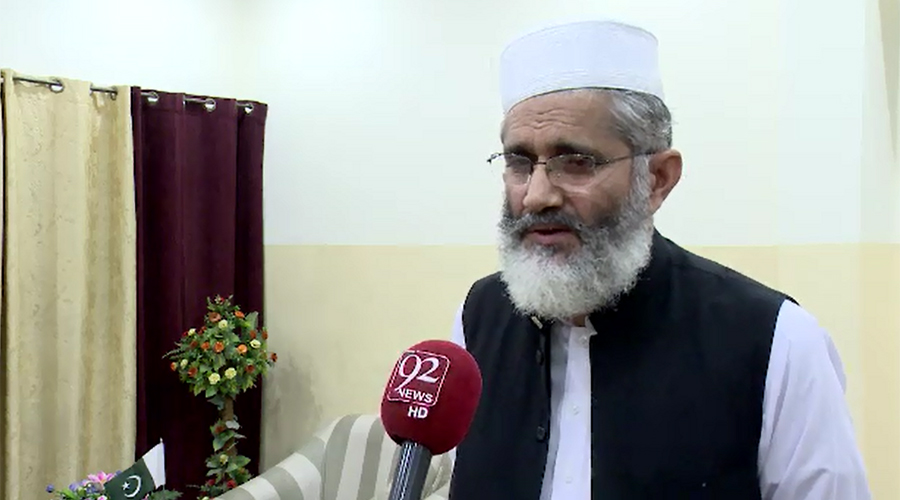 LAHORE (92 News) – Jamaat-e-Islami ameer Sirajul Haq has announced not to participate in the PTI's Raiwind meeting. Talking to 92 News on Monday, he said that the PTI had itself had decided to hold the meeting and not consulted them. “Holding of a meeting in front of someone’s house is against our excellent traditions,” he maintained. The JI ameer said that they had been participating in the PTI meetings and now had decided not to send their representative in the Raiwind meeting. He announced that they would hold a meeting in Faisalabad on September 30 and expedite the Corruption-Free Pakistan Movement afterwards. Sirajaul Haq said that the government was uniting the opposition due to its stubbornness. “There are clear chances of a grand opposition alliance due to the government attitude,” he added. He urged the government to take action against the Khyber Bank MD for leveling allegations against the minister belonging to the JI. “The minister has been proved innocent in the investigations, while the MD had also admitted to hatching a conspiracy,” he said, adding the Khyber Pakhtunkhwa government should do justice.