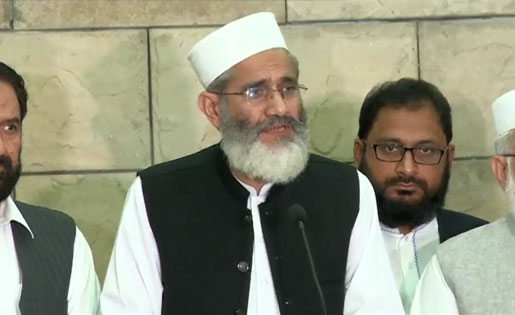 Addressing a gathering at Mansoora on Saturday, he said that the PDM and the government are claiming of their victory over Broadsheet.

"However, 220 million suffered a loss. The Supreme Court should take suo motu notice of the matter and inform the people about facts," he added.

The JI ameer said that the corrupt coterie was destroying the country. "All the people surrounding the government are corrupt and they should be in jail," he added.

He said that the JI wants to make the country a corruption-free and welfare country. "We want a state where no one should be unemployed and without treatment," he added.