JI announces to march towards Islamabad on Dec 22 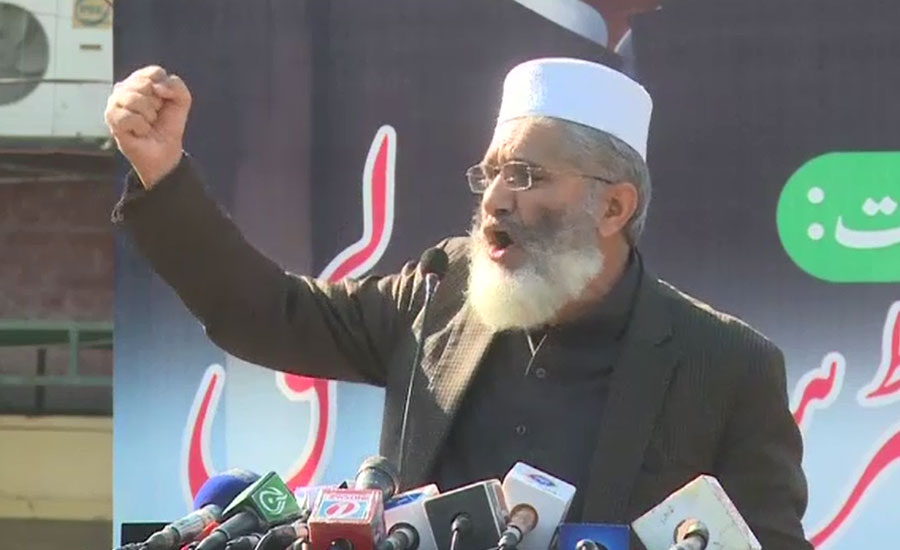 JI announces to march towards Islamabad on Dec 22

ISLAMABAD (92 News) – The Jamaat-e-Islami (JI) on Sunday announced to march towards Islamabad for a protest on December 22. Addressing a youth convention, JI chief Sirajul Haq said that the millions of people would go to Islamabad to express solidarity with the Kashmiris to wake the rulers up. The JI chief also said because of the PTI government’s ‘tabdeeli (change)’, people had been sent to their graves. “Instead of making factories, the government is making soup kitchens, he criticized. He said the nation’s children aren’t safe with this PTI government. Sirajul Haq declared the remarks of PM Imran Khan regarding the health of former prime minister Nawaz Sharif as inappropriate. “All the parties including the PPP and PML-N have failed to do so. Referring to the Norway incident, the JI chief mentioned that the young boy heavily responded to attempt to desecrate Holy Quran. “We cannot burn the page of Quran but the Holy Quran was separated from courts, politics and the government.