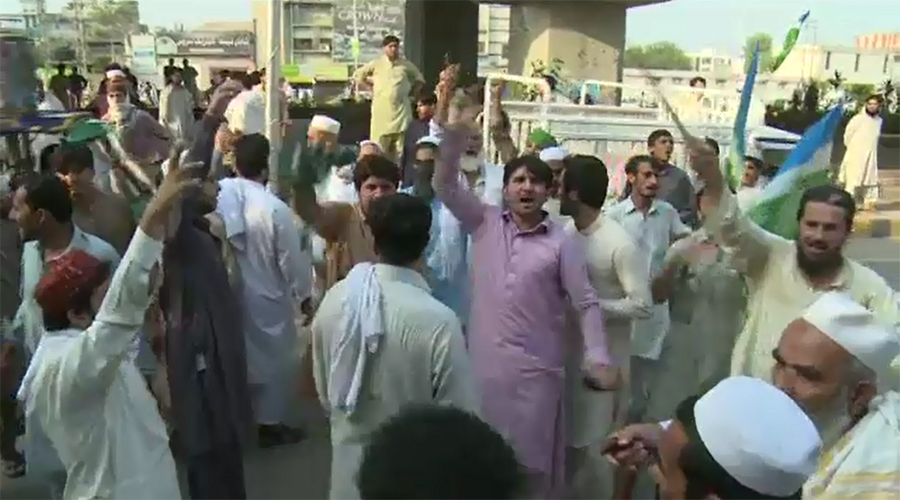 PESHAWAR (92 News) – The Jamaat-e-Islami (JI) staged a protest demonstration against National Database and Registration Authority (NADRA) for blocking national identity cards of Pakistani nationals. The participants of the protest blocked the GT Road for traffic which caused a traffic mess, creating problems for the citizens. The protestors attacked the NADRA office and threw stones at it. They were of the view that NADRA officials, to hide their negligence, blocked at least 300,000 ID cards of people from Federally Administered Tribal Areas and 70,000 of Peshawar. The protestors dispersed after several hours and warned that the protest would continue until their problem is solved.