JIT’s clever tricks against me have been exposed: Nawaz Sharif 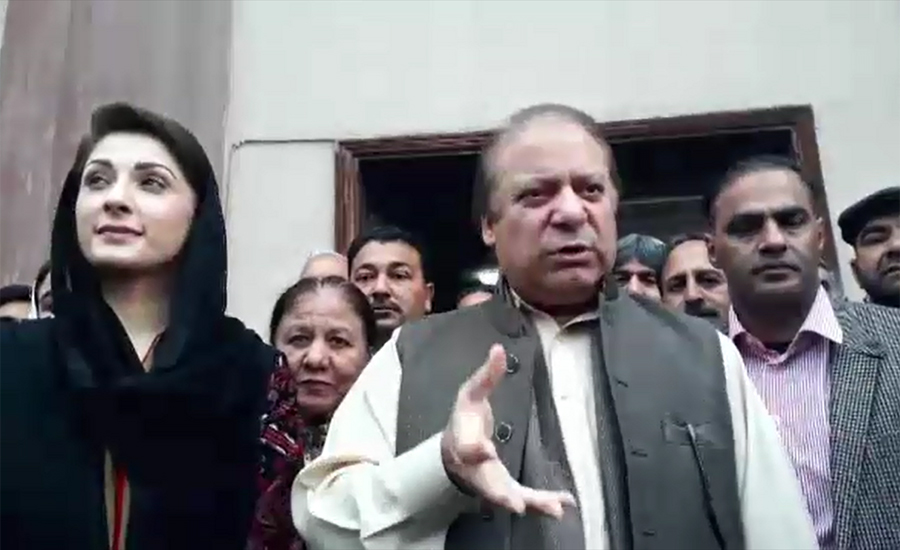 JIT’s clever tricks against me have been exposed: Nawaz Sharif

ISLAMABAD (92 News) – Former prime minister Nawaz Sharif said on Monday that the Joint Investigation Team's 'clever tricks' against him have been exposed. Talking to the media after appearing in the accountability court on Monday, he claimed that some people do not want the Pakistan Muslim League-N to be victorious in the upcoming general elections. He further claimed that the entire nation knows the truth now. The court gave its decision on Iqama and imaginary income. The former premier claimed that the ruling Pakistan Muslim League-Nawaz (PML-N) will win next election as nobody can halt “storm of the people”, contrary to what happened in the recent Senate elections. Nawaz went on to say that people would vote in next election strictly on their choice and option and it would not surely be similar to the one, what was witnessed in Senate election. Some people are frightened that PML-N would win the next election as well, he said. The PML-N Quaid said the JIT head Wajid Zia could not explain who committed which kind of corruption. It seemed that the case was aimed at getting him convicted, he added.