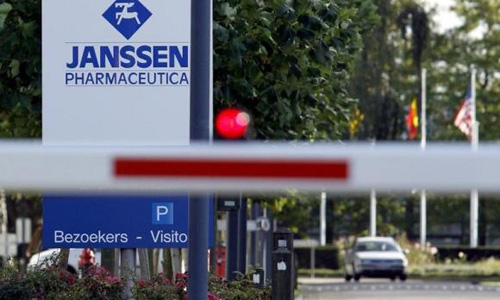 NEW YORK - A Philadelphia jury on Friday found that Johnson & Johnson’s Janssen Pharmaceuticals failed to warn that antipsychotic drug Risperdal could cause male breast growth, in a case filed by a young man who had taken the drug, but it awarded no damages after finding no direct link to the man's condition. The verdict came after a month-long trial in the Philadelphia Court of Common Pleas, according to Tom Kline of law firm Kline & Specter, who represented the plaintiff, William Cirba, 19, of Pennsylvania. It is the second verdict in litigation over Risperdal, which is the subject of nearly 1,300 lawsuits consolidated in the Philadelphia Court of Common Pleas. Last month, jurors hit Janssen with a $2.5 million verdict in a similar case. Risperdal was approved by the U.S. Food and Drug Administration in 2002 to treat schizophrenia, but was not cleared for use in children until 2006. Plaintiffs’ lawyers say that New Jersey-headquartered Janssen routinely promoted the drug for off-label use, particularly in the elderly and in children, for a range of conditions including oppositional defiance disorder, with which Cirba had been diagnosed. Cirba took Risperdal intermittently until 2007, according to Kline. His 2013 lawsuit said that taking the drug caused him to develop gynecomastia, a hormonal imbalance that leads to breast growth in men and boys. The lawsuit said Janssen knew about the risk but failed to warn doctors. A spokeswoman for Janssen, Michele Baer, said the company was pleased that jurors had found Risperdal did not cause Cirba’s injuries and that it stood behind the drug and would continue to defend it at trial. Kline said that while no damages had been awarded, the verdict was a “significant setback” for the company. “Within a month, Janssen has twice been found to have failed to warn physicians treating mentally disabled and adolescents of the risks of this powerful anti-psychotic drug,” he said. Additional Risperdal trials are scheduled to take place in the coming months, Kline said. In 2013, Johnson & Johnson and Janssen paid more than $2.2 billion to resolve civil and criminal investigations by the U.S. Department of Justice into its marketing of Risperdal and several other drugs. - REUTERS