Jo Johnson says colleagues are considering their position over Brexit 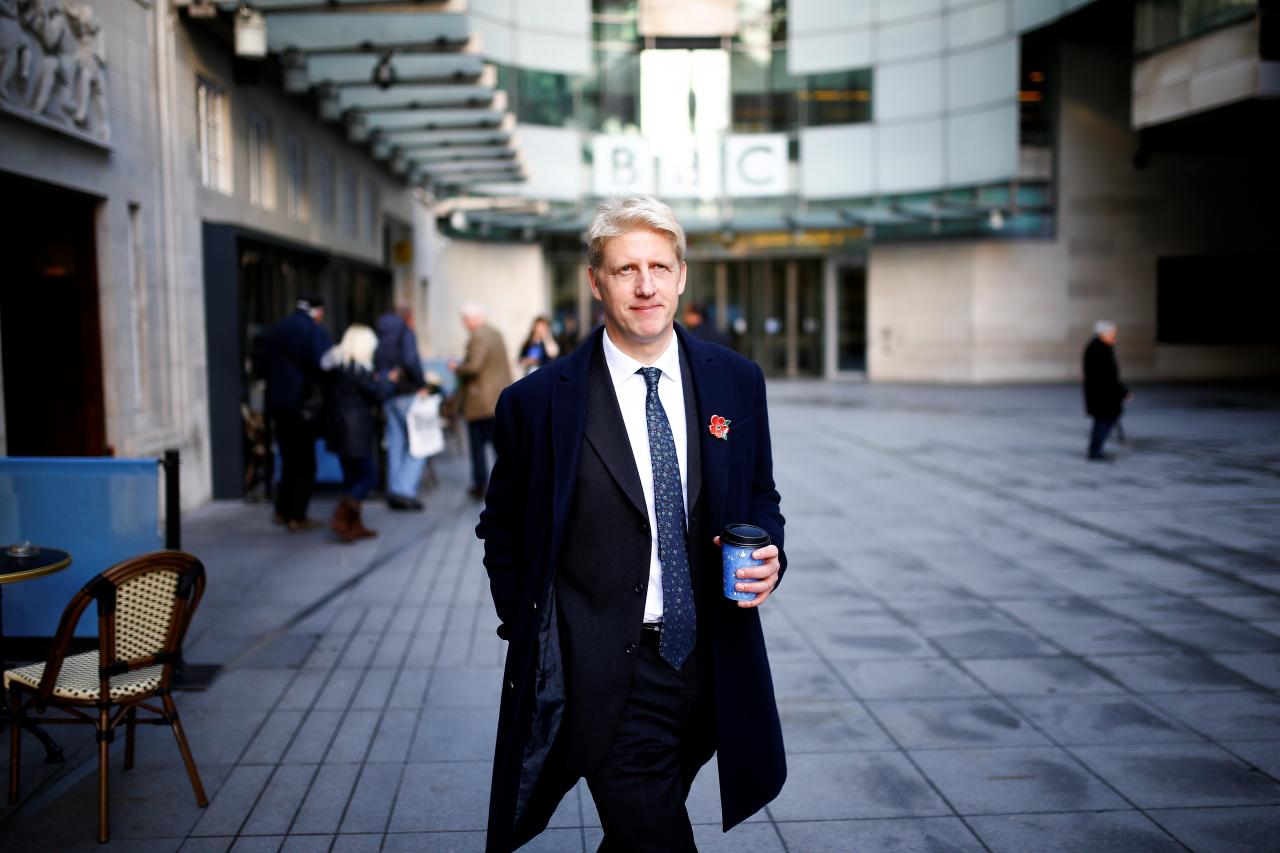 Jo Johnson says colleagues are considering their position over Brexit

LONDON (Reuters) - Former minister Jo Johnson said some colleagues were “reflecting hard” on whether to quit over Theresa May’s Brexit plan after his dramatic resignation threw the British prime minister’s deal into jeopardy. The junior transport minister, who is the younger brother of former Foreign Secretary Boris Johnson, issued a searing critique of May’s Brexit deal on Friday when he unexpectedly quit and called for the country to pull back from the brink. Earlier, he also attacked the “fantasy set of promises” made during the referendum by Brexit campaigners such as his brother and said the vast gulf with reality meant it would be a “democratic travesty” if the public did not have another say. “This is one of the most momentous questions we will ever face in our political careers,” he told BBC Radio. “I know many are reflecting hard about the deal that’s looming and how they will respond to it. It’s up to (lawmakers) to take a stand, I’ve done so, if others feel that it’s right for them to do so then good on them.” Jo Johnson’s intervention was all the more powerful because he was seen as a loyal lawmaker who voted to remain in the bloc. His departure risks galvanising other pro-EU ministers to vote against the deal, alongside Brexiteers who have already vowed to reject it. Boris Johnson, the leading Brexit campaigner, quit the government in July. The two brothers said that although they stood on differing sides of the Brexit divide, they were united in dismay at the country’s current predicament. The criticism underscores the battle that lies ahead as May tries to strike a deal that will be acceptable to the different factions in her deeply divided party and the small Northern Irish Democratic Unionist Party (DUP) she relies on to govern. Talks with EU negotiators are due to resume on Sunday and May is expected to hold a cabinet meeting later this month in the hope of securing her ministers’ support. May has prioritised maintaining the free trade of goods with Europe, but her many critics say that will leave Britain subject to decisions made in Brussels without any input from London.

Less than five months before Britain is due to leave the EU on March 29, negotiations are still stuck over a backup plan for the land border between British-ruled Northern Ireland and EU member Ireland, should they fail to clinch a long-term deal. The DUP’s leader Arlene Foster said her 10 lawmakers could not vote for May’s deal because it would “handcuff the UK to the EU, with the EU holding the keys”. British trade minister Liam Fox said Britain may not agree a deal if a solution cannot be found. “It’s close but everything is hanging by a thread because of the political situation in the UK,” one diplomat familiar with an EU briefing of national envoys on Friday told Reuters. Two other diplomats said several issues remained unresolved. With so much volatility, the Commission is expected to step up its planning for a no-deal Brexit at its weekly meeting on Tuesday, including updating visa regulations to exempt Britons from needing visas to visit the EU. Jo Johnson, a former Financial Times journalist with a much lower profile than his brother, said it was the threat of a bad deal or no-deal that forced him to act. Describing those options as “vassalage (or) chaos”, he said the situation marked the worst failure of statesmanship since the 1956 Suez canal crisis, when Britain was forced by the United States to withdraw its troops from Egypt. He hoped, he said, to stop the country from doing something “irrevocably stupid”. “What this deal shows is a huge gulf has now opened up between the lavish promises of an idealised Brexit that were made during the referendum campaign versus the paltry reality of this deal,” he told Sky News. “It would be a democratic travesty if we did not go back to the people and seek their consent.” Downing Street has said there will be no second referendum.