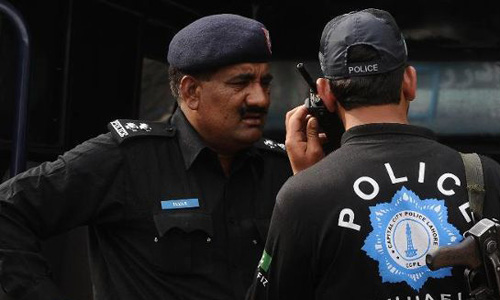 LAHORE (92 News) – A security guard shot dead three traders for removing him from job in Faisal Town area on Wednesday. According to the police, Ghulam Abbas nurtured a grudge against the traders after being removed from the job a few days back. On the day of the incident, he opened fire on Shafqat, Waheed and Adeel who were critically injured and taken to Jinnah Hospital where they died. After the incident, traders burnt tyres and blocked the road. They demanded immediate arrest of the killer. Later, the protesters dispersed on the assurance of the police that the killer will be arrested at the earliest.