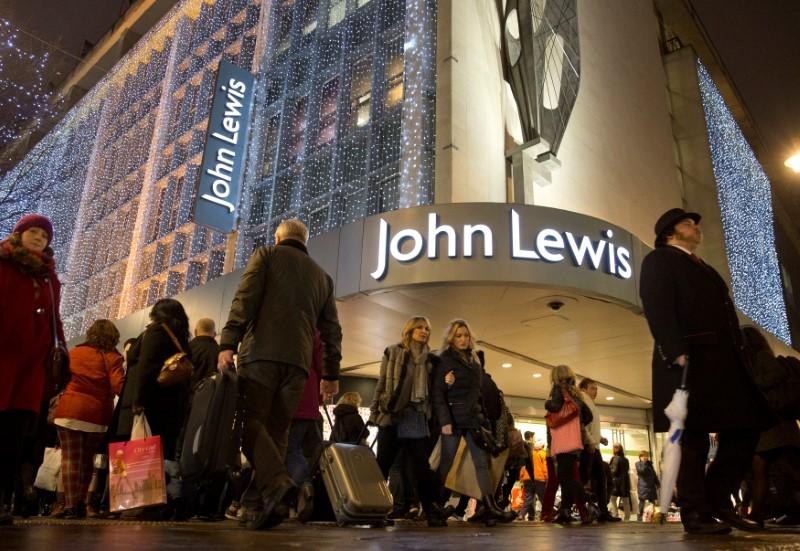 LONDON - John Lewis, Britain's largest department store operator, has seen a drop in demand for big ticket items as consumer confidence wanes, but trade in more spontaneous categories, such as beauty, was holding up, its boss said on Thursday.

British shoppers are feeling the impact of subdued wage growth and creeping inflation, and recent surveys have shown a sharp drop in consumer confidence.

"I would have preferred to start my first year as managing director of John Lewis in slightly more benign conditions," Paula Nickolds said at a media dinner, highlighting the squeeze on consumers' disposable income, an inconclusive national election and concerns over Britain's exit from the European Union.

Street, MD for a decade, quit the post to contest the election of the mayor of the West Midlands, a region of central England, for the ruling Conservative Party. He won in May.

"The backdrop is very uncertain and it was made worse by the tragic events that happened across British cities over the last few months," Nickolds said in reference to multiple terror attacks in London and Manchester.

Nickolds said the John Lewis customer was not immune: "They feel uncertain and worried about what the circumstances will mean for their future financial prosperity."

John Lewis' has reported sales rose 1.2 percent in the 23 weeks to July 8, which analysts estimate equates to a like-for-like sales fall of about 0.5 percent.

"It's the more considered categories, the arguably deferrable spend, that we're seeing most affected by the uncertainty in the macro conditions - so those big ticket categories are currently trading just behind last year," said Nickolds.

However, she said trading in spontaneous categories was holding up robustly, with beauty sales up 7 percent on last year and womenswear up 4.4 percent.

"We believe those (numbers) to be significantly ahead of the market," she said. "Perhaps (it's) the lipstick effect as we might have called it back in the recession (of 2008)."

John Lewis typically makes more than 40 percent of its annual profit in the five weeks that run into Christmas. "So there is still all to play for," said Nickolds. -Reuters