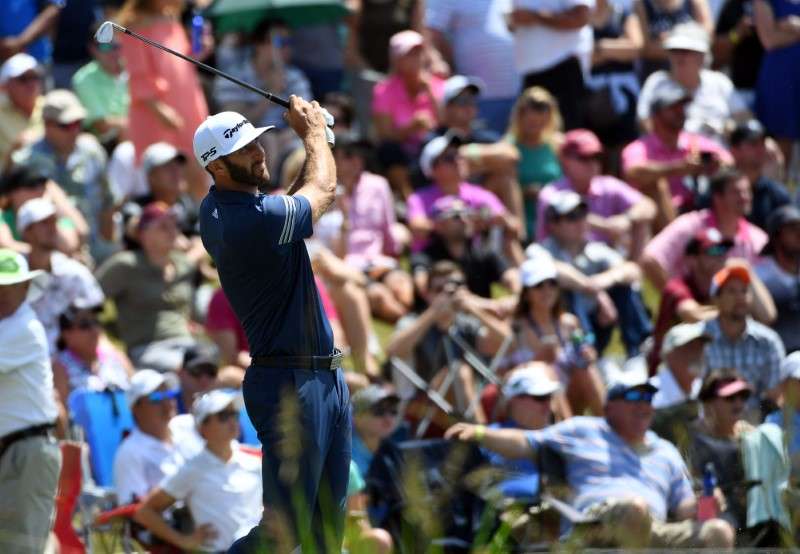 TEXAS - World number one Dustin Johnson battled through tricky afternoon winds to post a three-under-par 67 and challenge for the lead after the opening round of the AT&T Byron Nelson in Irving, Texas.

"It was really difficult today, the way it was blowing hard and it was gusty," Johnson told Golf Channel after moving within three shots of co-leaders James Hahn and Ricky Barnes in a large group tied at three-under.

"It was very difficult to judge the wind. My short game was pretty good today. I made some nice saves to keep the round going," added long-hitting Johnson, who needed just 24 putts.

Reigning US. Open champion Johnson is gunning for his fourth win in six outings.

Hahn rolled in a 20-footer to birdie the 18th for his share of the lead, while fellow early starter Barnes rode to the top of the leaderboard on the strength of five birdies on the front side.

Tied for second on four-under-par 66 were Americans Matt Kuchar, Jason Kokrak and Cameron Tringale, along with Venezuelan Jhonattan Vegas.

Australian world number four Jason Day, who had the misfortune of rolling off the green at the 16th after hitting the stick with his approach shot, made a long birdie at 18 gave him a two-under 68 to tie for 14th with 11 others including two-times major winner and local favourite Jordan Spieth.

Defending champion and Masters winner Sergio Garcia bogeyed the last to finish the round at TPC Las Colinas at the Four Seasons Resort with a three-over 73. The Spaniard was tied for 93rd and will be pressed to make the cut. -Reuters