Joint Declaration: China will help to steer Pakistan out of economic crisis 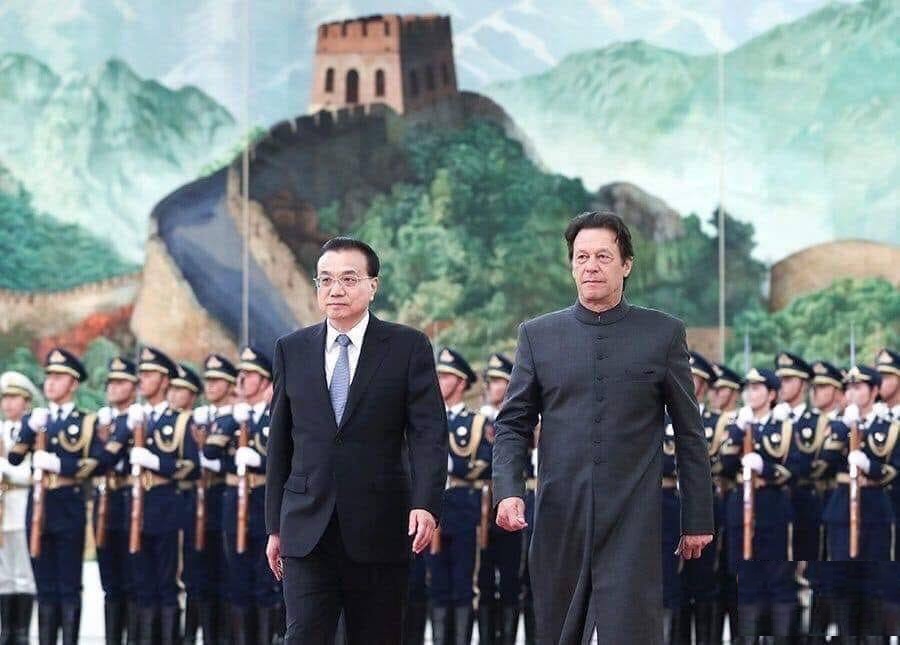 Joint Declaration: China will help to steer Pakistan out of economic crisis

BEIJING (92 News) – Pakistan and China has agreed to further strengthen the China-Pakistan All-Weather Strategic Cooperative Partnership, and build closer China-Pakistan Community of Shared Future in the new era. A joint statement issued by Prime Minister Imran Khan's visit was released In a Joint Declaration, both the sides reiterated that the friendship between Pakistan and China has withstood the test of time, notwithstanding the changes in domestic, regional and international environments. According to the statement, Pakistan and China will use their own currencies during bilateral trade and China assured for help to steer Pakistan out of economic crisis. On trade, investment and financial cooperation, the two sides agreed to further consolidate and they agreed to boost Pakistan’s industrial capacity including through joint ventures in priority areas, relocation of labor-intensive industry and SMEs collaboration. The two sides noted the growing volume of bilateral trade and agreed to take concrete measures to address trade imbalance. The two sides agreed to conclude the second phase of the China-Pakistan Free Trade Agreement as early as possible, and continue discussions on the Pakistan-China Agreement on Trade in Services. They agreed to hold the next round of the Joint Economic Commission early next year. The two sides attached importance to friendly cooperation between the People's Bank of China and the State Bank of Pakistan (SBP). They expressed satisfaction at the operationalization of the currency-swap agreement and reaffirmed the need to further strengthen cooperative ties of financial and banking sectors between the two countries. They reaffirmed their commitment to multilateral, non-discriminatory arms control and non-proliferation endeavours. China appreciates and supports steps taken by Pakistan for strengthening the global non-proliferation regime. In this context, China supports Pakistan's engagement with the Nuclear Suppliers Group and welcomes its adherence of NSG Guidelines. Recalling the commitments of all states for implementation of General Assembly and Security Council resolutions relating to international terrorism, both sides underscored the need for all States to avoid politicization of the UN Sanctions regime and the work of the Financial Action Task Force (FATF). On defence, security and counter-terrorism cooperation, both sides agreed to further enhance defence cooperation, maintain high-level visits and exchanges at various levels between relevant departments of the two armed forces, make full use of the China-Pakistan Defence and Security Consultation mechanism, deepen cooperation in areas such as military exercises, training cooperation, personnel exchanges, and equipment and technology cooperation. On China-Pakistan Economic Corridor, Both sides reviewed the early harvest phase of CPEC and expressed satisfaction that rapid progress has been made in all areas, especially in the energy sector. The two sides reaffirmed their complete consensus on the future trajectory of the CPEC, timely completion of its on-going projects and joint efforts for realization of its full potential with a focus on socio-economic development, job creation and livelihoods and accelerating cooperation in industrial development, industrial parks and agriculture. According to the joint statement, the Chinese side conveyed its support to Pakistan's commitment and efforts to counter terrorism, assured Pakistan of its support in implementing its counter-terrorism strategy, and commended the tremendous sacrifices made by the Pakistani nation in fight against terrorism and for Pakistan's immense contribution to regional and international peace and security through its achievements and successes. Both the sides believe that a peaceful, stable, cooperative and prosperous South Asia is in the common interest of all parties. Both sides emphasized the importance of pursuit of dialogue and resolution of all outstanding disputes to promote regional cooperation and advance the goals of lasting peace, stability and shared prosperity. China appreciates Pakistan's quest for peace through dialogue, cooperation and negotiation, on the basis of mutual respect and equality, and supports Pakistan's efforts for improvement of Pakistan-India relations and for settlement of outstanding disputes between the two countries. Pakistan supported active participation of China at the platform of the South Asian Association for Regional Cooperation. The two sides underlined the importance of peaceful settlement of all disputes in the Middle East on the basis of mutual respect and in accordance to the precepts of international law. During Prime Minister Imran Khan’s visit, the two sides also signed fifteen agreements/MoUs on a range of bilateral issues.