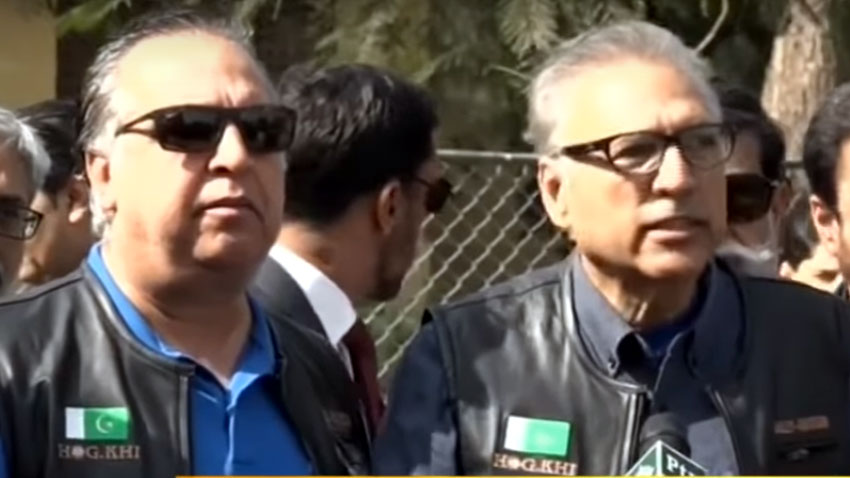 KARACHI (92 News) – President Dr Arif Alvi has emphasized the need for joint efforts by federal and Sindh government to carry out the much needed development works in Karachi. Speaking to the journalists along with Sindh Governor Imran Ismail, the president said Sindh Governor Imran Ismail’s stance is that the provincial government is not cooperating with the federal government. “I will try to get the cooperation.” Dr Arif Alvi said that work cannot be done in Karachi without the Sindh government’s cooperation. He also said that he is making effort to get the work started on all development packages for Sindh especially Karachi. He further confirmed that no governor rule would be imposed. “For those packages to work, the Sindh government has to work with the federal government because work cannot be done in Karachi without the provincial government’s cooperation,” he added. On the occasion, Sindh Gover Imran Ismail highlighted that the Pakistan Tehreek-e-Insaf government took many steps in which ‘no go areas’ have been opened for the general public. Meanwhile, the president visited the Bike rally held from Shahra-e-Faisal to governor house, while Sindh Governor Imran Ismail was also with him. He said that such healthy activities should be held after regular intervals. Governor Sindh had extended the invitation to Arif Alvi to visit the rally.