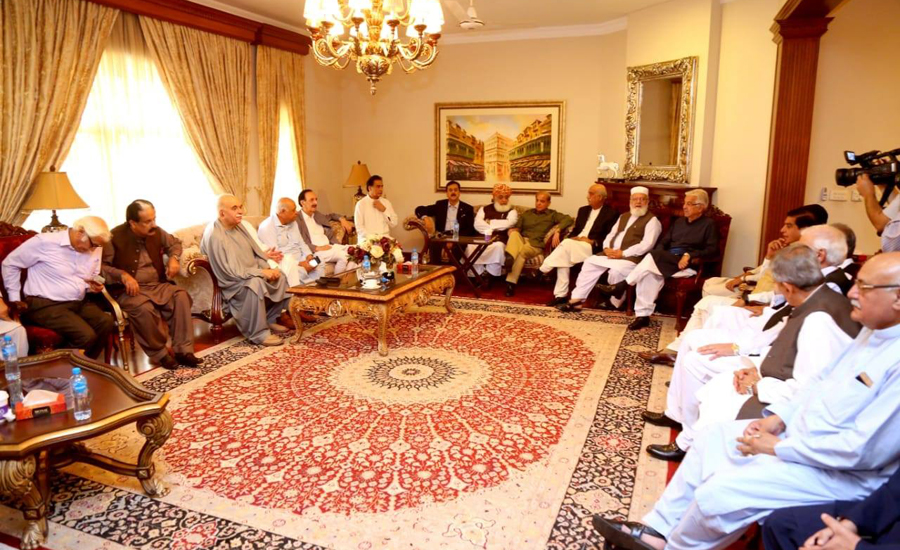 ISLAMABAD (92 News) – The all parties conference convened by the joint opposition in Islamabad concluded without making a big decision on Thursday. The opposition formed a 16-member action committee to run the affairs in future. The committee comprising of Liaquat Baloch, Awais Noorani, Ghafoor Haideri, Sherrry Rehman, Qamar Zaman Kaira, Khawaja Saad Rafique, Mushahid Hussain, Haji Ghulam Ahmed Bilour, Aneesazeb Tahirkheli, Barrister Usman Kakar and Mir Kabir will finalize the name for the speaker and deputy speaker. Talking to the media after the APC, Marriyum Aurangzeb said that the committee will decided the future course of action. “We will tell the PTI what the real opposition means,”she claimed. Sherry Rehman said that the joint opposition will counter the puppet government in the parliament. “We will contest the election for the prime minister, speaker and deputy speaker,” she said. The PPP leader termed the election rigged and unjustified. “We reject the fake elections,” he added. She said that the joint opposition’s candidate for prime minister will be from the PML-N, while the speaker candidate will be from the National Assembly and deputy speaker from the MMA.