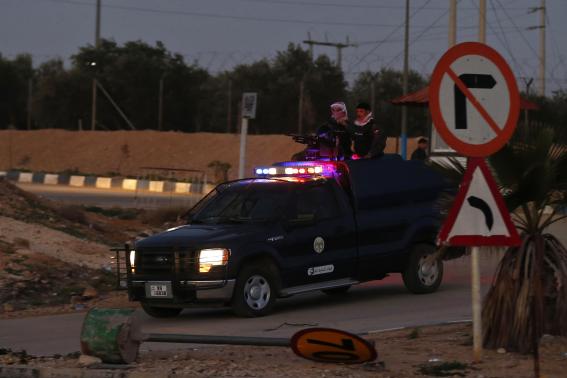 Jordan hanged two Iraqi jihadists on Wednesday including a female militant in response to an Islamic State video appearing to show a captured Jordanian pilot being burnt alive by the hardline group. Islamic State had demanded the release of the woman, Sajida al-Rishawi, in exchange for a Japanese hostage who was later killed. Sentenced to death in 2005 for her a role in a suicide bomb attack in Amman, Rishawi was executed at dawn, a security source and state television said. Jordan, which is part of the U.S.-led alliance against Islamic State, has promised an "earth-shaking response" to the killing of its pilot, Muath al-Kasaesbeh, who was captured in December when his F-16 crashed over northeastern Syria. Authorities also executed a senior al Qaeda prisoner, an Iraqi man who was sentenced to death in 2008. The fate of Kasaesbeh, a member of a large tribe that forms the backbone of support for the country's Hashemite monarchy, has gripped Jordan for weeks and some Jordanians have criticized King Abdullah for embroiling them in the U.S.-led war that they say will provoke a militant backlash. The Jordanian army has vowed to avenge his death, and some analysts believe it could escalate its involvement in the campaign against Islamic State, which has seized large areas of Iraq and Syria, Jordan's neighbors to the north and east. The prisoners were executed in Swaqa prison, a large facility 70 km (45 miles) south of the capital, Amman, just before dawn, a security source who was familiar with the case said. "They were both calm and showed no emotions and just prayed," the source added without elaborating. Rishawi, in her mid-forties, was sentenced to death for her role in the 2005 suicide attack at a luxury hotel in Amman. She was meant to die in the attack - the worst in Jordan's history - but her suicide bomb belt did not go off. Scores of Jordanians, infuriated by Kasaesbeh's killing, gathered at midnight in a main square in Amman calling for revenge and her quick execution. Holding placards showing images of the pilot, several youths chanted "Death, Death to Daesh," using a pejorative Arabic acronym for Islamic State. Jordan said on Tuesday the pilot had been killed a month ago. The government had been picking up intelligence for weeks that the pilot was killed some time ago, a source close to the government said. Disclosing that information appeared to be an attempt to counter domestic criticism that the government could have done more to strike a deal with Islamic State to save him. In Karak, Kasaesbeh's hometown in southern Jordan, dozens of protesters had attacked a government building late on Tuesday, blaming the authorities for failing to do enough to save him. Tribal elders calmed the crowd down. The second executed militant was Ziyad Karboli, an Iraqi al Qaeda operative, convicted for killing a Jordanian, said the security source, who declined to be identified. US ALLY Jordan is a major US ally in the fight against hardline Islamist groups and hosted US troops during operations that led to the invasion of Iraq in 2003. It is home to hundreds of US military trainers bolstering defenses in the Syrian and Iraqi borders. Jordanian state television broadcast archive footage of military maneuvers with patriotic music, with a picture of Kasaesbeh in his army uniform in the corner of the screen. King Abdullah cut short a visit to the United States to return home following word of Kasaesbeh's death. In a televised statement, he said the pilot's killing was an act of "cowardly terror" by a deviant group that had no relation to Islam. He urged Jordanians to unite and said the militants were "criminals" who had distorted the Islamic faith. Jordan is determined to keep the jihadists in Syria away from its border. It has tightened security on its frontier since Syria descended into civil war in 2011 has helped to keep Islamic State out of southern Syria. US officials said on Tuesday the killing of Kasaesbeh would likely harden Jordan's position as a member of the coalition against Islamic State. The executed woman came from Iraq's Anbar province bordering Jordan. Her tribal Iraqi relatives were close aides of the slain Jordanian leader of al-Qaeda in Iraq, Abu Musab al-Zarqawi, from whose group Islamic State emerged. Islamic State had demanded her release in exchange for the life of Japanese journalist Kenji Goto. However, Goto was later beheaded by the group, with images of his death released in a video last Saturday. Jordan had insisted that they would only release the woman as part of a deal to free the pilot. Several politicians have called on the government to pull out of the coalition. The authorities said his death would not weaken resolve to fight militant Islamist groups. The Jordanian pilot is the first from the coalition known to have been captured and killed by Islamic State. – Reuters