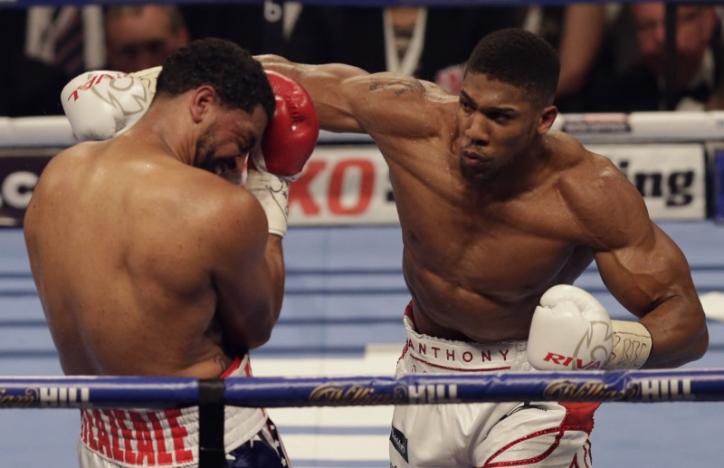 MANCHESTER – Anthony Joshua has received official sanction to fight veteran Wladimir Klitschko for the vacant WBA heavyweight title in the spring of 2017, but the British boxer must first defend his IBF title against Eric Molina in Manchester on Dec. 10. Joshua said on Tuesday he would put his IBF belt on the line against the 34-year-old Molina, his second defence of the title since stopping American Dominic Breazeale in the seventh round earlier this year to take his professional record to 17-0. Klitschko lost his IBF, WBO and WBA belts to Tyson Fury last November but their scheduled rematch was first called off when the Briton picked up an injury in training before it was jettisoned due to the champion's mental health issues. Fury, who has admitted to taking cocaine to deal with depression, has since vacated the WBA and WBO titles, and Joshua was linked to a Klitschko bout that fell through partly due to confusion over whether the WBA title would be on the line. On Wednesday, the WBA officially sanctioned the match between the two fighters for the vacant title. "It's been an arduous wait to gain official approval but we were delighted to receive the news that the WBA will officially sanction the fight," Joshua's promoter Eddie Hearn said in a statement. "We will now move forward with (Klitschko's manager) Bernd Boente and Team Klitschko in planning the date and venue knowing that victory against Eric Molina in Manchester on Dec. 10 is more important than ever." American Molina has compiled a 25-3 professional record with his last defeat coming against undefeated WBC heavyweight champion Deontay Wilder in June 2015. –Reuters