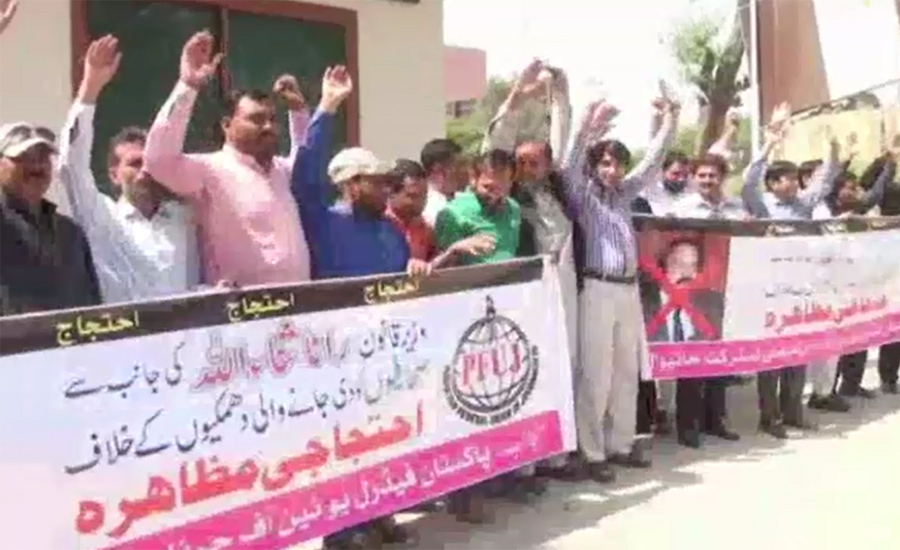 LAHORE (92 News) – Journalist organizations strongly protested against threats hurled by Punjab Law Minister Rana Sanaullah. On the call of the PFUJ, the leaders of PUJ, EMRA, EMPRA and ENCA staged a demonstration outside Lahore Press Club. They said that it is duty of journalists to pass on truth to the people and they will continue to do so. PFUJ President Rana Muhammad Azeem said that it is their duty to write and show the truth. A large number of journalists participated in the demonstration. Demonstrations were also staged across the country on the call of the PFUJ.