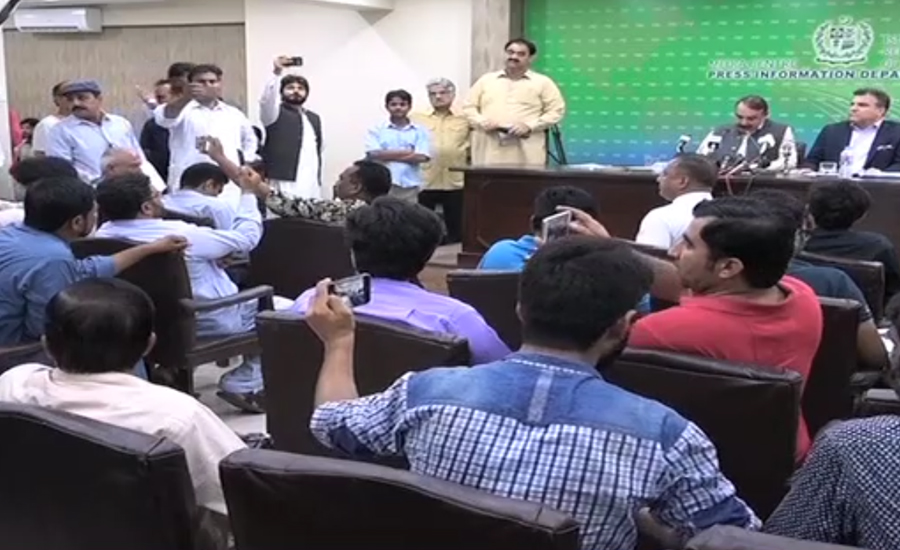 ISLAMABAD (92 News) – The press conference of Pakistan Muslim League-Nawaz leaders was marred by journalists protesting against manhandling of two journalists including a female reporter at the Punjab Institute of Medical Sciences (PIMS) in Islamabad. Journalists chanted slogans against manhandling of two journalists at the PIMS hospital allegedly by the Federal Investigation Agency (FIA) for reportedly taking pictures and making videos of Securities & Exchange Commission of Pakistan chairman Zafar Hijazi. Minister of State for Capital Administration and Development Division Tariq Fazal Chaudhry assured journalists that action would be taken against those involved in manhandling of a woman journalist. The minister said that he has sought the video of the incident and action would be taken against the “excesses of the PIMS administration”.