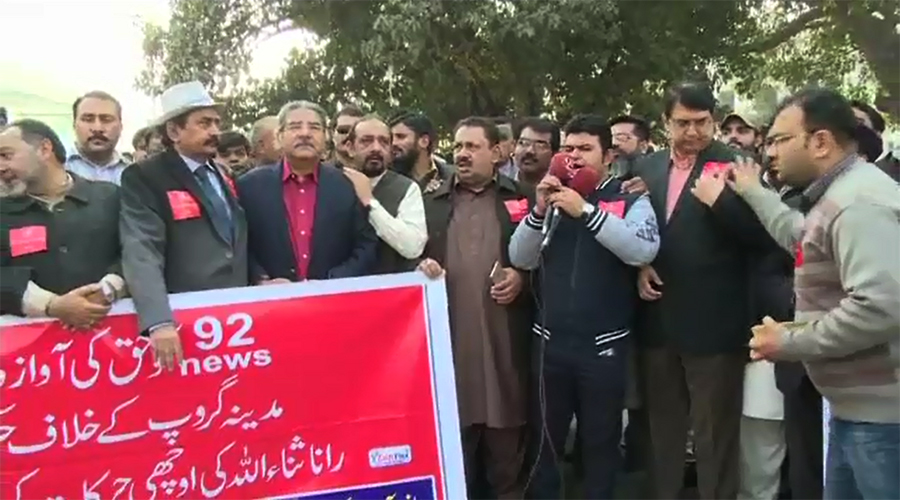 LAHORE (92 News) – Journalists strongly protested against revengeful activities of Punjab Law Minister Rana Sanaullah against 92 News Group across the country. In Lahore, journalists took out a rally on the Mall Road and chanted slogans against the government. The PFUJ leaders said that they would be forced to launch a vigorous protest if the government did not withdraw the case against 92 News Group within 36 hours. People from different walks of life also participated in the protest outside the CM House. Expressing solidarity with 92 News, PTI chairman said that the government was notorious in registering fake cases against the rulers. Opposition Leader in the National Assembly Khurshid Shah said that such attitude does not suit to the government. MQM Pakistan leaders Farooq Sattar and Mustafa Kamal also expressed solidarity with 92 News. Meanwhile, journalists also took out rallies against the government in several cities, including Faisalabad and Multan. They demanded immediate withdrawal of the cases.