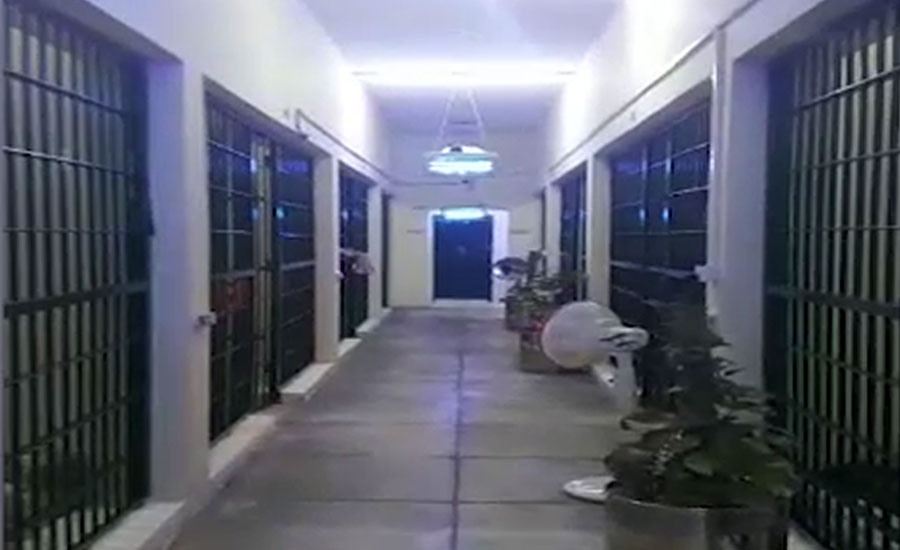 LAHORE (92 News) – A group of senior journalists on Thursday visited the National Accountability Bureau (NAB)’s jail section in Lahore and observed the facilities being provide to inmates there. As per details garnered, the visit of senior journalists was arranged by NAB Lahore Director General Shahzad Saleem, in which, he briefed about the facilities are being provided to the prisoners. On this occasion, the DG refutes the allegations leveled against the NAB and the journalists were shown the prison cells where captives were held. The NAB authorities said that every accused was transferred to the prison cell after taking physical remand as per law. It also said that they kept all care about the self-esteem of all the prisoners. The anti-graft watchdog DG said the NAB believed in merit and nobody was tortured in the cells, while a doctor was available all the time for medical check-up of the suspects to monitor their health. According to the NAB authorities, It was informed that the NAB is national institution which has no relation with politics. They also said that It was trying to defame the reputation of institution with baseless allegations. They added that they are investigating the corruption cases as per law without any pressure. It is pertinent to mention here that It was alleged that surveillance cameras were installed even in bathrooms of the NAB Lahore jail. Refuting allegations, the NAB DG said that neither anybody was made subject to any kind of torture nor biased treatment was provided to someone, he said.