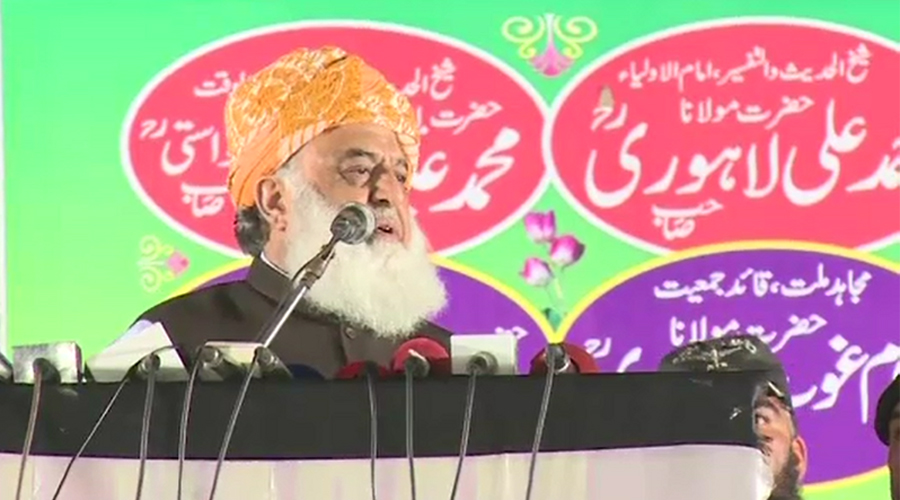 FAISALABAD (92 News) – JUI-F chief Maulana Fazlur Rahman has said that some joyriders want to create disorder in the country. Addressing the Mufti Mahmood Conference on Friday, he said that a person cannot be called criminal by just leveling allegations against him. He said that those chanting slogan of accountability had set new records of corruption in Khyber Pakhtunkhwa. “Khyber Bank said that the provincial government is looting the bank,” he said. Maulana Fazlur Rahman said that the JUI was a name for a creed and an ideology. “The JUI struggled for independence since its launching,” he said. “Was feudalistic system not strengthened in Punjab? The JUI is ready to fight a war against the feudalistic system.” The JUI-F congratulated the administration for conducting a successful congregation.