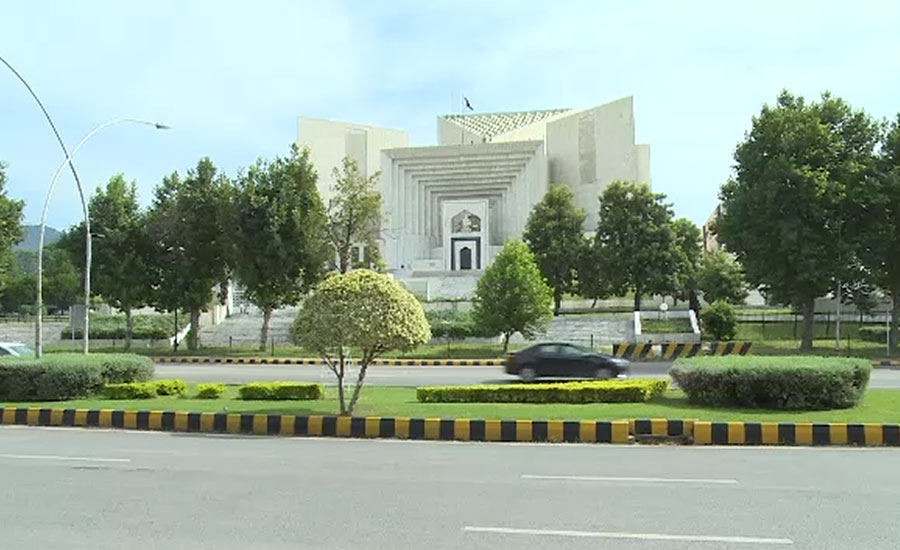 ISLAMABAD (News) – The Supreme Court on Tuesday sought a report from Federal Investigation Agency (FIA) and directed to submit inquiry report within three weeks in the alleged video scandal involving former accountability court judge Arshad Malik. A three-member bench headed by Chief Justice Asif Saeed Khosa heard resumed hearing of three petitions on the alleged video scandal case of Judge Arshad Malik. It is pertinent to mention here that Arshad Malik convicted former premier Nawaz Sharif in the Al-Azizia reference and acquitted him in the Flagship Investments reference. The petitions seeking a directive from the apex court for the constitution of an inquiry committee or a judicial commission to probe the matter. The federal government opposed the petitions. Meanwhile, the CJP asked Attorney General Anwar Mansoor to assist the court about the proceedings and the directions to follow over the controversial matter. The attorney general also said that no need to constitute any commission if the law the appropriate law forum was available. The attorney general told the court that the petitions have pleaded with the court to constitute a judicial commission to investigate into the matter. “One of the petitions has also requested the court to take an action against judge Arshad Malik,” he apprised the bench. “All facts have been revealed and the judge has also submitted his affidavit as a rebuttal to Maryam Nawaz s press conference in which she leaked the video,” he stated. Furthermore, he told the court that the judge has also submitted a ‘complaint’ with the Federal Investigation Agency’s cyber crime wing under the Prevention of Electronic Crimes Act 2016 (PECA). The attorney general told the court that no laboratory in Pakistan could perform the forensic audit of the video, and the FIA had conducted the forensic audit ‘on its own’. The court has sought proposals from the attorney general over the video scandal issue. Petitioners Ishtiaq Mirza, Sohail Akhtar and Tariq Asad have filed applications separately. On July 16, the SC had sought recommendations from the attorney general over demand to form commission in the judge Arshad Malik video scandal case and issued notices to the parties. During the hearing, the applicant’s lawyer presented his arguments, saying that the SC should take suo motto in the matter. Chief Justice of Pakistan (CJP) Justice Asif Saeed Khosa, hearing a number of petitions seeking a probe into the video leak case, has remarked that the court does not take suo-moto notices on anyone’s demands. The CJP also said that the commission report can impact on the appeal in high court, however, the petitioner can tell what he want. He remarked that the issue of judge Arshad Malik will be heard by the court, however, the dust must settle regarding the issue. The court issued a notice to the Attorney General and asked for recommendations in the case. Later, the top court adjourned the hearing until July 23. The SC is hearing the alleged video scandal case of judge Arshad Malik, who was removed from post last week upon Islamabad High Court’s request. It was reported that at least 1000 security personnel deployed in Red Zone and premises of the apex court.